Those who became complete

Those who became complete
didn't live this life in hypocrisy,
didn't learn the meaning of things
by reading commentaries.

Reality is an ocean; the Law is a ship.
Many have never left the ship,
never jumped into the sea.

They might have come to Worship
but they stopped at rituals.
They never knew or entered the Inside.

Those who think the Four Books
were meant to be talked about,
who have only read explanations
and never entered meaning,
are really in sin.

Yunus means "true friend"
for one whose journey has begun.
Until we transform our Names,
we haven't found the Way. 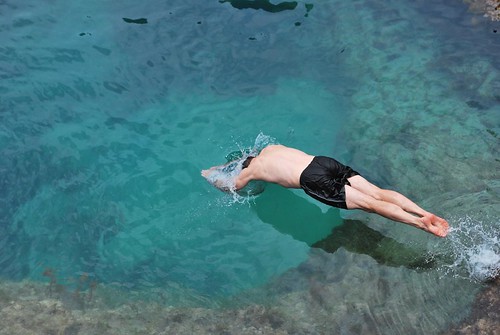 View All Poems by Yunus Emre

The Poetry Chaikhana is back! I hope you had a magical, renewing holiday and new year.

Let's start the year off with something feisty--

Those who became complete
didn't live this life in hypocrisy,
didn't learn the meaning of things
by reading commentaries.

I love these cantankerous mystic poets. They come in all shades of religious sentiment, but they do tend to congregate outside the halls of orthodoxy. Most are profoundly devout and fiercely focused in their spirituality. But for the mystic to truly open to the Divine, one must clearly see the nature of reality and the nature of one's very self -- without blinders or pretense.

Reality is an ocean; the Law is a ship.
Many have never left the ship,
never jumped into the sea.

That's why mystics don't write poems in praise of rules, hierarchies, or secondhand knowledge. They want the wide ocean, not the creaking ship.

For this very reason, I often find myself more in alignment with the viewpoints of atheists than with religionists. I share the atheist ideal of questioning, critical thinking, testing and examination, a basic distrust of institutions, and an awareness of the danger of "true believers." Whether we call ourselves theists or atheists, we must never settle into unquestioning belief.

There is a superficial way of being religious, joining the right group, following the right rules, reading the right sacred texts and commentaries, performing the right rituals and prayers. Don't get me wrong, those practices can be important, but if our spiritually goes no deeper, then it becomes increasingly brittle and slips into pretense. That's what happens with fundamentalism.

They might have come to Worship
but they stopped at rituals.
They never knew or entered the Inside.

The problem is that there is an increasing assumption that that is what religion is. Both religious-types and their atheist critics tend to define religion by that depthless definition. In that cultural debate, I have to side with the critics of religion. Superficial, rule-following religion lacks integrity and it tends to be sectarian in ways that can be goaded into violence.

But there has always been a deeper form of religion in every culture, an engaged spirituality that transforms the awareness in ways that awaken clarity and compassion. This is not a religion of blind faith or adherence to formulaic creeds; it is about direct experience of a wider reality, profound personal transformation... and bubbling joy.

This is where the common atheist critique of religion falls apart, especially the more strident voices of the so-called New Atheists. They tend to acknowledge only the most superficial and, frankly, idiotic expressions of modern religion. There is a willful blindness to the full spectrum of religious life and experience.

The argument I hear put forward by the New Atheists is that all religion is founded on a mythological fantasy at odds with firm reality, which results in a schizophrenic mindset which, in turn, leads to dysfunctional society. If only people would drop their attachment "made up men in the sky," we could then start building a sane and rational world. That sounds like a pretty good argument, doesn't it? If that was truly all that religion was, I might agree with their argument. But because they are so convinced that religion is nothing beyond fantasy and social control, they don't feel the need to actually try to understand actual religious belief or history or what it means to people, let alone genuine mystical experience. There is no knowledge about religion in their argument, only disdain. And there is an underlying threat of force, as well: The religious delusion must be crushed in order to give us the sane world we deserve. It's no coincidence that many prominent New Atheists have been vocal advocates for the recent wars in the Middle East, as they see Muslim Jihadist sects as the embodiment of their worst religious nightmares. The New Atheists have, in effect, become an increasingly violent fundamentalist sect of atheism.

There are certainly serious problems in religion, ranging from mere superficiality to violent extremism (in all religions). But those problems are not religious problems, they are human social problems. They are not problems that occur because of religion itself; they are manifesting because of complex social, political, economic, and even environment stresses, where very few authoritative institutions are addressing them honestly or coherently. Under those unrelenting stresses, people turn to religion, but not for religious reasons. Religion then becomes more extreme because other, more healthy responses are not available in society. We see the same toxic patterns in non-religious institutions, as well. It's not a religious problem, but the resulting religious extremism grabs the headlines.

We don't need enforced religion or non-religion. Instead, we need engaged hearts. We need minds that explore and question. We need a willingness to seek truth above approval. Whether we belong to a church, a mosque, a synagogue, a temple, an atheist discussion group, or stand alone beneath the night sky -- it's not a question of belief or faith, but of what is, who we truly are, and the kindness we show in the world.

Yunus means "true friend"
for one whose journey has begun.