Symeon the New Theologian – We awaken in Christ’s body

Published by Ivan M. Granger at 9:02 am under Poetry

We awaken in Christ’s body
by Symeon the New Theologian

We awaken in Christ’s body
as Christ awakens our bodies,
and my poor hand is Christ, He enters
my foot, and is infinitely me.

I move my hand, and wonderfully
my hand becomes Christ, becomes all of Him
(for God is indivisibly
whole, seamless in His Godhood).

I move my foot, and at once
He appears like a flash of lightning.
Do my words seem blasphemous? — Then
open your heart to Him

and let yourself receive the one
who is opening to you so deeply.
For if we genuinely love Him,
we wake up inside Christ’s body

where all our body, all over,
every most hidden part of it,
is realized in joy as Him,
and He makes us, utterly, real,

and everything that is hurt, everything
that seemed to us dark, harsh, shameful,
maimed, ugly, irreparably
damaged, is in Him transformed

and recognized as whole, as lovely,
and radiant in His light
he awakens as the Beloved
in every last part of our body. 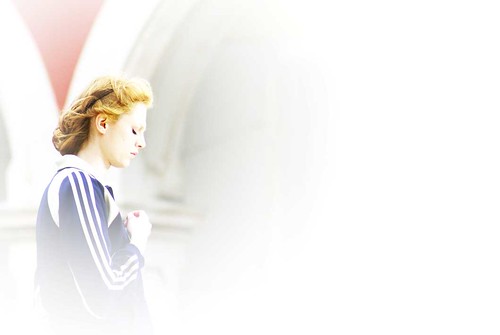 Symeon doesn’t urge us to merely worship or love the Beloved (Christ within the Christian tradition) from a distance. We melt into the Divine, become one with the Divine, share the same body.

I move my hand, and wonderfully
my hand becomes Christ, becomes all of Him

Some of these lines remind me of the poem attributed to Teresa of Avila, You Are Christ’s Hands with it’s lines– “Christ has no body now on earth but yours, / no hands but yours…”

This poem by Symeon is one I just want to drink in — it feels so deeply healing and generous to the soul.

and everything that is hurt, everything
that seemed to us dark, harsh, shameful,
maimed, ugly, irreparably
damaged, is in Him transformed

and recognized as whole, as lovely,
and radiant in His light
he awakens as the Beloved
in every last part of our body.

Have a wonderful weekend!

Symeon was born into an aristocratic family in Asia Minor (Turkey) and was given the name George. This was when the region was still part of the Christian Byzantine Empire. From boyhood George was groomed for a life in politics. At age eleven, he was sent to the capital Constantinople (Istanbul) to live with his uncle who guided him in his early education.

Somewhere around age 20, George was overcome by an ecstatic state in which, as with many other mystics, he experienced God as a living presence of radiant light.

Despite this radically transformative experience, he spent several more years attempting to fulfill his family’s expectations, eventually becoming an imperial senator. However, his continuing mystical experiences were not compatible with such a public life and, at age 27, he renounced his previous life and became a monk, entering the monastery at Studios to continue under the direct guidance his spiritual director, even taking on the same monastic name — Symeon.

The closeness teacher and disciple shared worried the monastic authorities and the two were separated. The young Symeon was given the choice of remaining at Studios and no longer receiving spiritual guidance from the elder Symeon, or he could go to another monastery and keep his spiritual director.

So as not to lose the guidance of Symeon the Pious, the young Symeon chose to move to the monastery of St. Mamas in Constantinople. There, Symeon was ordained a priest and eventually became the abbot of the monastery, reviving the monastery’s life of prayer and meditation. While abbot of St. Mamas, Symeon wrote extensive treatises (called the Catecheses) as guidelines for the ideal monastic and God-focused life, emphasizing the power of contemplative prayer and meditation.

The mystical spiritual practices that he advocated led to further conflicts with authorities and Symeon was exiled in 1009 to a small hermitage on the far side of the Bosphorus.

Disciples began to gather around Symeon and soon the small hermitage grew into a full monastery. It was there that Symeon wrote his most personal work, Hymns of Divine Love, a collection of poems describing his mystical experiences.

Symeon’s doctrines and poetry emphasize not only the possibility, but the necessity of personally experiencing the Divine. He also stated that one need not be a monk or renunciate, saying that one “who has wife and children, crowds of servants, much property, and a prominent position in the world” can still directly experience communion with the divine.