Niyazi Misri – I was seeking a cure for my trouble

Published by Ivan M. Granger at 9:17 am under Poetry

I was seeking a cure for my trouble;
by Niyazi Misri

I was looking to the right and the left
So that I could see the face of the Beloved.
I was searching outside,
But the Soul was within that very soul. 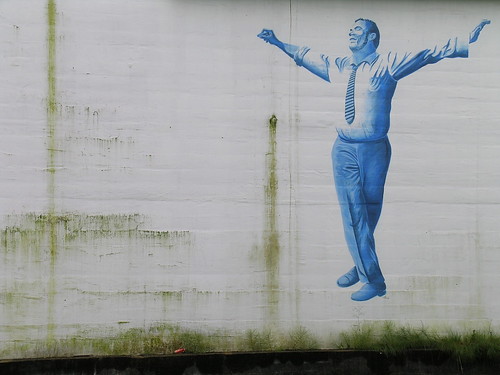 I went to sleep last night watching fine flakes of snow descend and then dance in soft gusts before settling to the ground. Woke up to a foot of snow, and snow still falling. A day to stay wrapped up in doors, a cup of tea warming your hands. And work? Well I suppose we must pay our bills, but perhaps a little more slowly today, with long pauses to gaze out the window…

Muhammad Niyazi al-Misri was born in Malatya, Turkey, to a devout family. His father was a sheikh of the Naqshbandi Sufis.

In his early twenties, Misri began a spiritual search of his own, traveling quite a bit, and spending three years in Egypt. Following the guidance of his dreams, he returned to his homeland in the Ottoman Empire and became a disciple of the Sufi poet-saint Ummi Sinan of the Helveti Sufi order.

Niyazi Misri married three times and supported himself by working as a candle maker.

In the mid-1600s, Niyazi Misri became the spiritual leader of the Istanbul Tekke (or lodge) of the Helveti Sufis, and established another tekke in Bursa.

He was exiled from the region several times, accused of unorthodox practices and for his outspoken criticism of political corruption. With each exile, however, it seems he became even more popular with the general population, who pressured government officials for his return.

He was finally poisoned by his enemies. His poems and songs continue to be recited in Sufi tekkes to this day.