I Entered the Unknown

by John of the Cross

Where I entered I knew not,
but seeing myself there,
not knowing where,
great things then made themselves known.
What I sensed I cannot say,
for I remained unknowing,
all knowledge transcended.

In this peace and purity
was perfect knowledge.
In profoundest solitude
I understood with absolute clarity
something so secret
that I was left stammering,
all knowledge transcended.

So deep was I within,
so absorbed, transported,
that all senses fled,
and outer awareness fell away.
My spirit received the gift
of unknowing knowing,
all knowledge transcended.

He who reaches this realm
loses himself,
for all he once knew
now is beneath his notice,
and his mind so expands
that he remains unknowing,
all knowledge transcended.

And the higher he rises
the less he knows:
That is the dark cloud
that shines in the night.
The one who knows this
always remains unknowing,
all knowledge transcended.

Of such supreme perfection
is this knowledge
that no faculty or method of mind
can comprehend it;
but he who conquers himself
with this unknowing knowing,
will always transcend.

And if you are ready to receive it,
this sum of all knowledge is discovered
in the deepest ecstasy
of the Divine Essence.
Goodness and grace
grant us this unknowing,
all knowledge transcended. 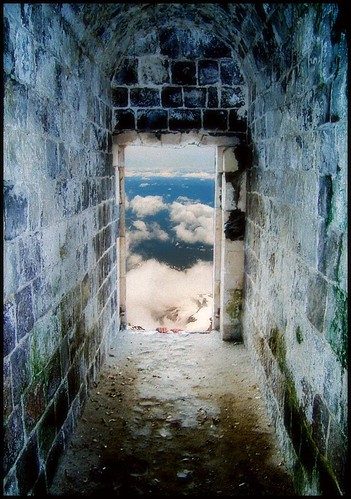 
View All Poems by John of the Cross

St. John of the Cross repeatedly contrasts knowledge with unknowing.

The Spanish word rendered here as “knowledge” is ciencia, which has the more obvious translation of “science.” But the poem's archaic use of “science” implies not the scientific process, but a more general sense of knowledge acquired through reason and the testimony of the senses.

And John of the Cross emphasizes that his unknowing is superior.

He is not advocating ignorance, however. The Spanish saint is instead speaking about the mystical idea of “unknowing,” the state in which all concepts and mental filters have been set aside. In that state of unknowing, we rise above the elaborate constructions of the logical mind and come to rest in pure awareness (“knowing by unknowing”). He is contrasting true, unfiltered knowing, gnosis, with the mere accumulation and organization of information.

To be unknowing in this sense is to encounter every instant entirely as it is, in pure wonder, without projection, without anticipation or agitation. The intellectual mind—a hugely important tool!—has one very serious weakness: It never encounters the present moment nakedly. It is always processing, analyzing, making everything fit within its comprehension. It never truly witnesses; it only interprets.

We certainly want to cultivate a critical intellect, but we must always remember that it is not the whole of consciousness. The awareness can step beyond the intellect. To fully apprehend reality, it must.

So deep was I within,
so absorbed, transported,
that all senses fled,
and outer awareness fell away.

This state of supreme unknowing is not perception in the sense of drawing in and interpreting exterior input through the senses. In normal perception, the intellect sifts and sorts that sensory data and formulates it into a working hypothesis of what reality is. That hypothesis, however, is always an incomplete shorthand that only approximates reality.

By contrast, the mystic's unknowing is the centered awareness of unfiltered reality. This awareness does not tilt off its seat in order to reach out through the senses. It is at rest, poised. It witnesses without an egoic agenda. The full awareness in this state of unknowing does not sift reality, it bathes in it.

Rather than an interpretation, one sees clearly, free from artificial mental constructions--knowing by unknowing.

And if you are ready to hear it,
this sum of all knowledge is discovered
in the deepest ecstasy
of the Divine Essence.
Goodness and grace
grant us this unknowing,