Can Death overwhelm you?
Sound Kali's name on a horn and sound it loud.

If She won't save you in this Dark Age --.
But how many great sinners have been saved! 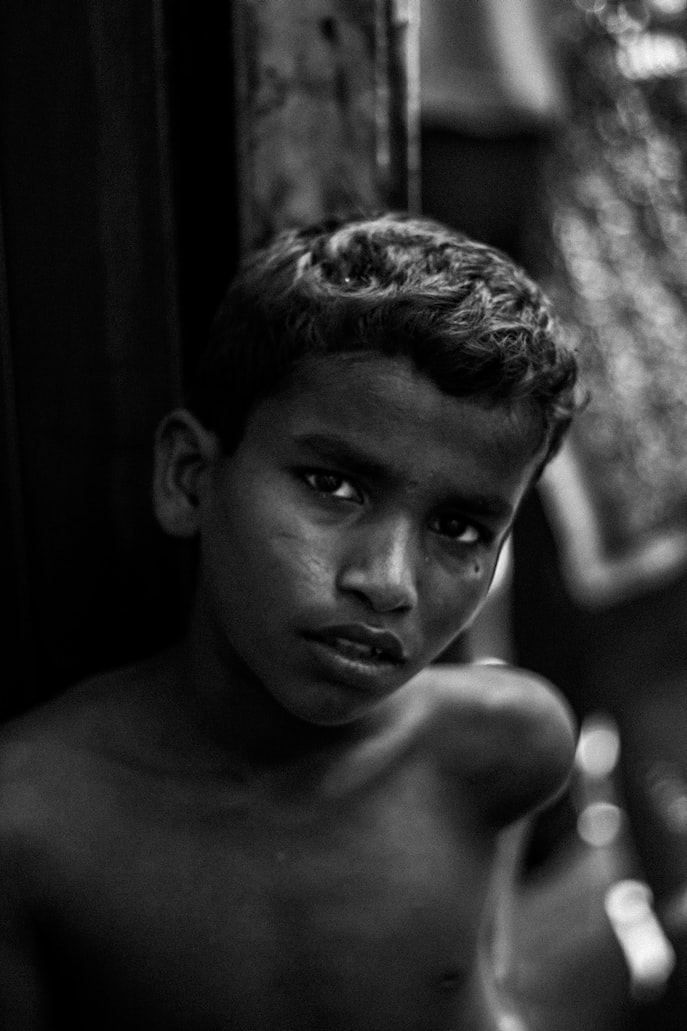 For Hindus, the festival of Navratri, the Nine Nights of the Goddess, has begun. So I thought we'd feature a poem in honor of the Goddess, by one of the great Kali poets, Rampasad.

Ramprasad's songs to the Mother Goddess were like dynamite to my early seeking. I was introduced to his poetry while reading about the 19th century Hindu saint, Ramakrishna, who, in ecstatic states, would recite the poetry of Ramprasad. Ramprasad's poetry can be intense, not to everyone's taste, but they speak to me...

I like the urging of that opening phrase: "Mind, don't your sleep!" I like the way Ramprasad neatly defines the relationship with the mind. Most people, in the West especially, think they are the mind. But here the poet speaks to the mind as a separate entity. He creates a parental sort of relationship, both protective and insistent. I can't quite articulate why, but I find that deeply touching on some level... and, for the mystic, a supremely effective approach. When the mind wants to scatter, if we think we are the mind, then what can we do? But when we recognize the mind as a flow of consciousness under our care, then we can influence it against its worst habits to remain alert and still -- "Mind, don't you sleep."

There is a play of meanings here that you shouldn't miss: The Great Goddess manifests through the cycles of becoming and dissolution... and, thus, She is associated with time. Time is Kali's illusory game of apparent change. The root word for time is "Kal." Kali overcomes Kal.

Time ("Or Time is going to get in...") and Death ("Can Death overwhelm you?") are paired in this poem as the ultimate limitations of mortal life which must be transcended in order to experience the eternal nature of being. But we're not talking fantasy here, where you can snap your fingers and stop time or answer a riddle to cheat death. Ramprasad is giving us a formulation for keeping the mind awake and chanting the Divine Name. What does this have to do with time and death? This practice, done deeply, eventually brings the mind to a focused stillness.

As this deepens, a few things become clear. One's relationship with time shifts. In mundane awareness, we tend to take time for granted as the inevitable unfolding of serial events. But time reveals itself as something slightly different to the quiet awareness. Events still occur, but you stop inserting the ego-self into the midst of them. Instead of tumbling helplessly with the flow of time, it is as if we have found our footing and stand still as witness to the flow all around us. Movement occurs, but the personal sense of time stops.

And here's the thing about death: In deep states of spiritual awareness, the mystic is flooded with an immense and unimpeded sense of Life. By comparison, all experiences up to that point seem like they belong to the realm of sleep. There is the sense that the common experience of life is somehow encrusted with a layer of -- let's call it "death" -- that has dampened the full awareness of life. In this awareness, death has left us. Only life remains. This doesn't mean that the physical body won't eventually grow old and cease to function. But life's experiences lose the flavor of death.

This shining recognition is the moment of awakening -- "the dawn."

Look at the strange lot of people who have stumbled their way to enlightenment. Is any one of us "so unsalvageable a rogue?" There is a saying: A saint is a sinner who never gave up. Rogues too realize.

So I say: Mind