Yunus Emre – A single word can brighten the face

Published by Ivan M. Granger at 9:34 am under Poetry

A single word can brighten the face
by Yunus Emre

A single word can brighten the face
of one who knows the value of words.
Ripened in silence, a single word
acquires a great energy for work.

War is cut short by a word,
and a word heals the wounds,
and there’s a word that changes
poison into butter and honey.

Let a word mature inside yourself.
Withhold the unripened thought.
Come and understand the kind of word
that reduces money and riches to dust.

Know when to speak a word
and when not to speak at all.
A single word turns the universe of hell
into eight paradises.

Follow the Way. Don’t be fooled
by what you already know. Be watchful.
Reflect before you speak.
A foolish mouth can brand your soul.

Yunus, say one last thing
about the power of words —
Only the word “I”
divides me from God. 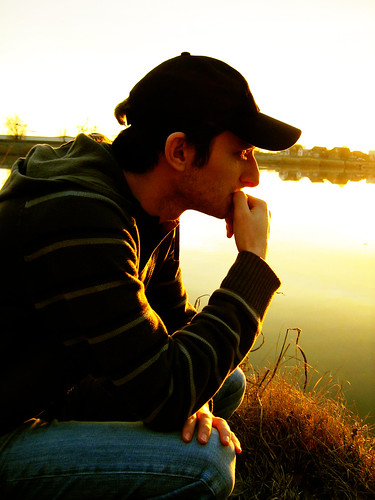 It’s been too long since we’ve had a poem by the great Turkish Sufi poet Yunus Emre.

So many wonderful words in this poem, all in a poem about “a word.” Each line inspires contemplation.

Ripened in silence, a single word
acquires a great energy for work.

I think I’ll take the poet’s advice and not waste words.

Only the word “I”
divides me from God.

Have a beautiful weekend! (And don’t be fooled by what you already know!)

Yunus Emre is considered by many to be one of the most important Turkish poets. Little can be said for certain of his life other than that he was a Sufi dervish of Anatolia. The love people have for his liberating poetry is reflected in the fact that many villages claim to be his birthplace, and many others claim to hold his tomb. He probably lived in the Karaman area.

His poetry expresses a deep personal mysticism and humanism and love for God.

He was a contemporary of Rumi, who lived in the same region. Rumi composed his collection of stories and songs for a well-educated urban circle of Sufis, writing primarily in the literary language of Persian. Yunus Emre, on the other hand, traveled and taught among the rural poor, singing his songs in the Turkish language of the common people.

A story is told of a meeting between the two great souls: Rumi asked Yunus Emre what he thought of his great work the Mathnawi. Yunus Emre said, “Excellent, excellent! But I would have done it differently.” Surprised, Rumi asked how. Yunus replied, “I would have written, ‘I came from the eternal, clothed myself in flesh, and took the name Yunus.'” That story perfectly illustrates Yunus Emre’s simple, direct approach that has made him so beloved.