Published by Ivan M. Granger at 9:35 am under Poetry

— from Rumi: Fountain of Fire, Translated by Nader Khalili 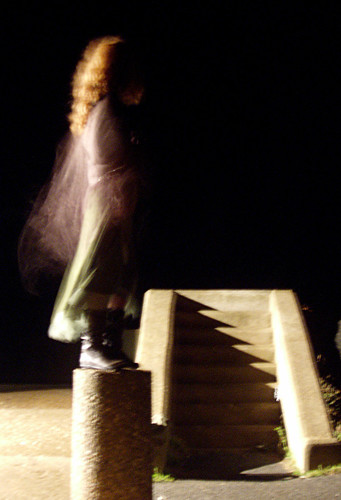 Today is the equinox, when the length of day and night become equal, when summer gives way to fall (or winter to spring, for you southerners). It is a global transition point. A threshold. A time to release the old and welcome the new.

More than any other time of the year, we are reminded to stand centered on this very moment, neither leaning back nor tipping forward, and feel how memory reweaves itself into new possibility. It is during the equinox that a new dream is formed, a new vision of ourself, a new vision of the world. Does a new dream wait inside you?

As the equinox joins the past with the future, we have a greater opportunity to see how all things that seem separate, distant, in conflict are really a continual union.

Even life and death we imagine to be incompatible opposites, when the two flow naturally together, making them one.

It is this recognition of unity everywhere that makes the mystic’s journey possible.

A journey within the known is no journey at all. But a journey entirely in the unknown leads to disorientation and confusion. A mystic learns to recognize that indistinct threshold, where the known and the unknown merge. We start from there, take attentive steps, and discover that the borderland moves with us into new territories. The meeting point becomes internalized until we recognize that every hill and hollow of the unknown is secretly bordering the known, allowing the mystic to continually reorient and journey on.

This teaches us two things: When we feel lost in the unknown, all we must do is stop, grow still, and see once again familiar territory nearby. The other lesson is that when we feel stuck in the known, we don’t need an elaborate escape to exotic corners of the world; wherever we are, we just need to take the unexpected step, and a new path opens up before us.

But no path leads from A to B. A path is not an inconvenient distance that allows us to escape from one place and a rush to another. Every path is ultimately a reminder that A and B are joined. Properly understood, every journey recalls the awareness of union to the heart.

Have a wonderful equinox weekend!

Rumi was born in Balkh, Afghanistan. While he was still a child his family moved all the way to Konya in Asia Minor (Turkey). They moved to flee from Mongol invaders who were beginning to sweep into Central Asia. Konya, far to the west of the invaded territories, became one of the major destinations for expatriates to settle, turning the city into a cosmopolitan center of culture, education, and spirituality.

“Rumi” was not his proper name; it was more of a nickname. Rumi means literally “The Roman.” Why the Roman? Asia Minor (Turkey) was referred to as the land of the Rum, the Romans. The Byzantine Empire, which had only recently fallen, was still thought of as the old Eastern Roman Empire. Rumi was nicknamed the Roman because he lived in what was once the Eastern Roman Empire. …But not everyone calls him Rumi. In Afghanistan, where he was born, they call him Balkhi, “the man from Balkh,” to emphasize his birth in Afghanistan.

The spiritual bond between Rumi and Shams was profound, but the two individuals were very different. Rumi was a member of the educated elite within the urban expatriate community, while Shams was a poor wandering mystic who rarely stayed in one place long. Shams would often disappear unexpectedly, then return months later. Many of Rumi’s family and students were jealous of Shams, resenting the closeness he shared with their master. Finally, Shams disappeared, never to return. Many believe that he was actually kidnapped and murdered, possibly by Rumi’s own sons!