Published by Ivan M. Granger at 9:25 am under Poetry

The true person is
Not anyone in particular;
But, like the deep blue color
Of the limitless sky,
It is everyone, everywhere in the world.

— from The Zen Poetry of Dogen: Verses from the Mountain of Eternal Peace, by Steven Heine 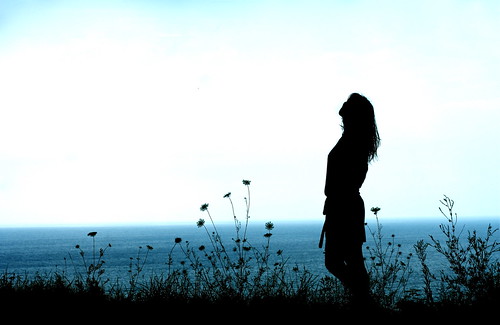 A beautiful morning here in Colorado. A cloudless blue sky fills every empty space and stretches its canopy across the heavens, reaching out in all directions…

Look for the true person deeply enough, and we find it. We find it in ourselves. But not in ourselves in a particular way. It is not in oneself while absent in another. We are quietly startled to discover that this true person is not contained by our skin. It does not stop at the edges of our lives. It does not even restrict itself to the borders of our far-flung thoughts. No, it flows out in all directions, utterly heedless of walls and distances and the greedy human mind.

But, like the deep blue color
Of the limitless sky,
It is everyone, everywhere in the world.

Find that one. Not only will you have found the true person, you will have discovered your very self spread out across existence!

Dogen, sometimes respectfully referred to as Dogen Zenji, was a key figure in the development of Japanese Zen practice and the founder of the Soto Zen sect.

Dogen was born about 1200 in Kyoto, Japan. At the age of 17, he was formally ordained as a Buddhist monk. Considering the Japanese Buddhism of the time to be corrupt and influenced by secular power struggles, Dogen traveled to China to discover the heart of the Dharma by studying Ch’an (Zen) Buddhism at several ancient monasteries.

Much of the Ch’an Buddhism he explored utilized koans and “encounter dialogues” to startle the consciousness into enlightenment, but Dogen was critical of this practice. Instead, he was drawn to the teachings of silent meditation.

Dogen returned to Japan in 1236. He left the politicized environment of Kyoto, and settled in the mountains and snow country of remote Echizen Province, where he established his own school of Zen, the Soto school.

While he proved to be a talented writer and poet, the core of Dogen’s teaching was to transcend the mind’s addiction to language and form in order to become fully present and recognize one’s inherent enlightenment.

3 Responses to “Dogen – The true person”