Rabindranath Tagore – On many an idle day

Published by Ivan M. Granger at 7:59 am under Poetry

On many an idle day have I grieved over lost time. But it is never lost, my lord. Thou hast taken every moment of my life in thine own hands.
Hidden in the heart of things thou art nourishing seeds into sprouts, buds into blossoms, and ripening flowers into fruitfulness.
I was tired and sleeping on my idle bed and imagined all work had ceased. In the morning I woke up and found my garden full with wonders of flowers. 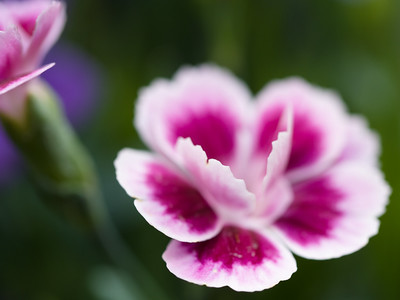 Something for self-healing and inner nurturing today…

This chapter from Tagore’s Gitanjali, like most of the book, is addressed directly to God as a sort of a prayer. But Tagore is not asking for something. He is acknowledging a surprising truth, he is proclaiming to God the dawning realization that growth is taking place in his “garden” of spiritual awareness always, secretly, quietly, even when he despairs of his own efforts. He “imagined all work had ceased” — he felt his own spiritual work had come to nothing and his deflated spirit temporarily gives up — but he wakes up surprised to find his “garden full with wonders of flowers.” This happens all the time for those striving spiritually, but why?

The metaphor of a garden to represent one’s spiritual awareness is an ancient one used throughout the world, and it is perfect for what is being said here. Think about a garden for a moment. What is it? First, it is a place where things grow, a place of life. It is the opposite of death, which is the state of nonspirituality. The plants of the garden are rooted in the earth, yet they reach upward toward the light of the sun. On an even subtler level, a garden is a place of nourishment and of beauty. That which grows in our spiritual gardens feeds us through its “fruitfulness,” and it brings beauty, the awareness of harmony to our consciousness. The flowers of the garden represent the spiritual qualities that have opened within us, which in turn cause us to open to the Divine. The flowers are within us, and we are the flowers. From the yogic point of view, the flowers sometimes represent the chakras that open during spiritual awakening. Also, a garden is a place of contemplation and rest. It is a place where we give ourselves permission to simply be, to settle into the present moment. The garden represents the soul at rest in the living presence of the Divine.

But, returning to this verse from the Gitanjali, why is a garden such a perfect metaphor here? Because every plant of the garden grows with a life of its own. The gardener, the spiritual aspirant, may need to till the ground and plant the seeds, water them regularly, keep them free from encroaching weeds — but for all that work, the gardener does not actually make the seeds grow and flower. The gardener just prepares the environment, but it is the divine spark of life “hidden in the heart of all things” that nourishes “seeds into sprouts, buds into blossoms, and ripening flowers into fruitfulness.”

Tagore is surprised to realize that his only job is to prepare the garden bed and keep it ready, but the growth of the seeds is effortless, for the seeds are alive with the vitality of God. Even when he can conceive of no further effort, the seeds still grow. The seeds WANT to grow. And they will grow. It is their nature to grow once given the right environment. All we have to do is prepare ourselves, make ourselves ready. The spiritual growth will happen of its own accord. Then one morning we wake up surrounded by “wonders of flowers!”

Rabindranath Tagore (sometimes rendered in a more modern transliteration as Thakur or Thakura) was one of the great writers of the early 20th century.

Rabindranath Tagore was born to a wealthy Brahmin family in Calcutta (Kolkata) in West Bengal during the British occupation of India.

His mother died when “Rabi” was a young child and his father’s responsibilities often required travel, leaving Rabindranath to be raised by elder siblings and family servants. His family was central to regional political, intellectual, and artistic social circles, however, ensuring that the young Tagore was exposed to great art and learning from an early age.

Tagore began composing poetry by the age of six and showed such a natural gift that he, at the age of fourteen, published a set of poems under a pseudonym that was mistakenly received by critics as a long-lost masterpiece. Only later was it revealed that the author was the adolescent Tagore.

As an older teenager, Tagore was sent to study in England, but soon left school to more actively feed his wide-ranging interests through self-study.

At the beginning of the 20th century, Tagore established an ashram as a place for learning, teaching, and agricultural experimentation.

Tagore was a strong advocate for Indian nationalism in opposition to British imperial rule, while, at the same time, criticizing the most violent expressions of revolution.

Rabindranath Tagore was also an accomplished painter, as well as a musician and prolific composer, with more than 2,000 songs to his credit.

Tagore’s poetry draws from the rich devotional poetic traditions of India, but rendered in a highly fluid, contemporary style. His impact on world poetry and literature is immense, especially writing that explores the modern mind through the mystic’s lens. Countless literary figures of the 20th century cite Tagore as an important influence and source of inspiration. Although his library of poetry is extensive, his most widely read and loved collection is The Gitanjali.

In 1913, he became the first non-European to with the Nobel Prize in Literature.

One Response to “Rabindranath Tagore – On many an idle day”