Published by Ivan M. Granger at 8:33 am under Poetry 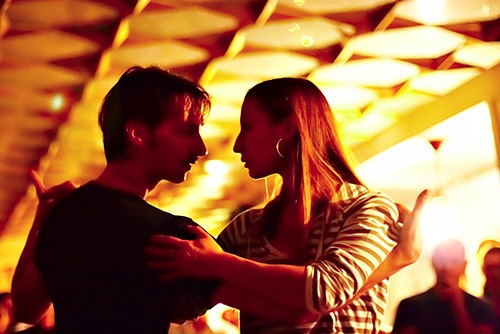 This is such an interesting section of Kahlil Gibran’s “The Prophet,” especially the way he emphasizes the positive nature of passion. Religious and spiritual traditions, both East and West, have a tendency to want to control or even suppress passion. Passion is sex. Passion is emotion. Passion is powerful, intense, turbulent.

Gibran acknowledges that “passion, unattended, is a flame that burns to its own destruction.” Passion, without limitation or conscious guidance, can become a chaotic, consuming force in our lives. But he does not say we should get rid of passion or that reason should subjugate it. He speaks in terms of balanced, integrated use of passion in our lives.

Passion is the engine in our lives. Gibran gives us the image of a ship: passion is the ship’s sails, and reason is the rudder. The sails catch the power of the wind, propelling the ship forward. Passion is power, vitality, life!

But movement without direction is, at best, meaningless and, at worst, can lead us onto rocks. That is why we need the rudder of reason to intelligently use the power of passion’s movement so that we can reach our destination.

This may sound like a bit of a tangent, but I’m reminded of the imagery of the Christian Nativity. In the traditional iconography, we see the infant Christ on a bed of straw in a manger surrounded by animals. In the gospel tale, two animals are mentioned specifically: an ox and an ass. Why those two animals? Esoteric Christian teachings sometimes explain it this way: the ox (an ancient symbol of Venus), represents sensuality and passion; the ass can be seen as embodying either the ego or the reasoning mind. What are they doing in this image of divine birth? Notice that they are not suppressed; the ox and ass are not chained or slaughtered. No, they rest, they are at peace, tamed by the presence of the Christ child. More than that, they are actually protecting the infant, giving him their strength. As one 20th century Christian teacher phrased it, “They are warming the Christ child with their breath.” Viewed this way, the nativity gives us an image not of suppression, but of harmonious integration of the energies of life in support of the awakening soul.

Kahlil Gibran, because of his name, is often assumed to have been a Muslim, but he was actually a Maronite Christian, originally from what is today Lebanon (then part of Syria and the Ottoman Empire).

His father, also named Kahlil, had drinking problems and gambling debts. This led the senior Gibran to leave his job as an assistant pharmacist, taking work instead as an enforcer for the local Ottoman administrator. He eventually ended up in jail.

This difficult situation left the family in poverty. As a result, Gibran did not receive a formal education as a young boy, but a local priest taught him to read Arabic and Syriac, as well as stories from the Bible, filling him with an early awareness of the mystical dimensions of Christianity.

When Gibran was eight, his mother moved the family, including his older half-brother and his two younger sisters, to Boston. Although shy, Gibran quickly learned English and, thanks to a scholarship, started to receive more of a formal education.

Despite this early success, Gibran was sent back to Lebanon to complete his education, where he excelled in poetry.

He returned to the United States in 1902 in the midst of a family crisis. His mother had cancer, and his older brother and his fourteen-year-old sister had tuberculosis. His sister soon died. The brother, who had been supporting the family with a small hardware store, moved to Cuba to try to recover his health, leaving the young Gibran in the difficult position of having to take over the hardware business. A year later, his brother returned from Cuba, but died soon thereafter. The same year, his mother also died.

In the aftermath of so much death, Gibran sold the family business and threw all of his energy into art and writing and perfecting his English. He also reconnected with the Boston cultural benefactors he had known as a child.

In 1909, Gibran went to Paris for two years to broaden his artistic training, and he was particularly influenced by the artistic Symbolist movement, with its open embrace of mysticism.

Returning to America, he began to publish his first Arabic prose-poetry collections through a publisher in Egypt. He became active with Arab intellectual and artistic organizations, promoting the rich culture of the Arab-speaking world, while attempting to address its many problems under Western imperial rule.

When World War I broke out, he worked to free Syria from Ottoman rule, but was frustrated by the messy realities of war and power games of international politics.

In the years following publication of his best known work, The Prophet, Gibran would gain international notoriety.