Archive for the 'Celestial Drink' Category

Hafiz – Cupbearer, it is morning, fill my cup with wine

Cupbearer, it is morning, fill my cup with wine
by Hafiz

Cupbearer, it is morning, fill my cup with wine.
Make haste, the heavenly sphere knows no delay.
Before this transient world is ruined and destroyed,
ruin me with a beaker of rose-tinted wine.
The sun of the wine dawns in the east of the goblet.
Pursue life’s pleasure, abandon dreams,
and the day when the wheel makes pitchers of my clay,
take care to fill my skull with wine!
We are not men for piety, penance and preaching
but rather give us a sermon in praise of a cup of clear wine.
Wine-worship is a noble task, O Hafiz;
rise and advance firmly to your noble task. 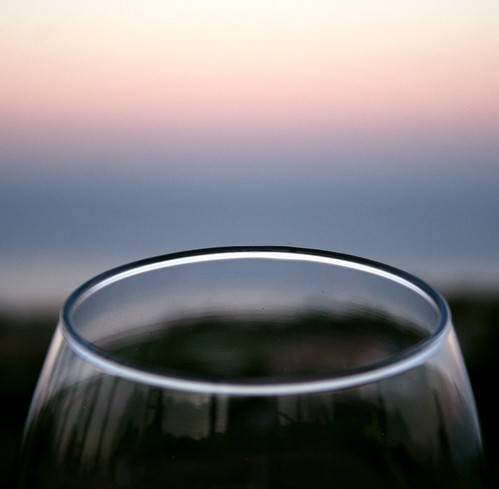 I have been witnessing an ecstatic sky ballet during the past few days. Here in Colorado, we have been getting high winds lately. Most sane land creatures, humans included, have kept hidden in their dens and holes and houses. But I, not always being so sane, have been going for walks with my fluffy dog, Apollo. While the pathways of our walk have been empty, I’ve watched as the birds delight in the strong currents of air. One day recently I looked up to watch as perhaps three dozen large hawks rode the wind, hardly ever needing to flap their wings, catching thermal columns and circling around as a group, Sufis of the sky, whirling round and round.

Another day I saw a curious group of white birds forming two, sometimes three groups, gliding together and apart, forming patterns of shared movement. At first I mistook them for seagulls, but seagulls are usually more independent in their movements, kiting and turning and challenging one another as individuals. This group of birds was engaged in a communal dance of shared movement. I then saw that they were thicker bodied, with their heads cocked back slightly and resting on their shoulders even in flight — and I realized that they were pelicans! We tend to think of pelicans as awkward when they walk, but in the sky and on water, they have an elegance and grace. In the air this day they danced as a group in balletic arcing movements.

Even on the most blustery of days, we might just look up and witness a heavenly dance…

It has been far too long since we last featured a poem by the great Hafiz. So today’s poem, the ecstatic words of Hafiz glow like wine in sunlight

Wine, as I have often pointed out, is a metaphor for the bliss experienced in the presence of the Beloved, in the presence of God. So, when Hafiz opens this verse with the line, “Cupbearer, it is morning, fill my cup with wine,” he is proclaiming that enlightenment, the dawn, is upon him — quick, bring the divine bliss also and make me worthy to meet the Beloved!

And that stunning line, “Before this transient world is ruined and destroyed, / ruin me with a beaker of rose-tinted wine…” Hafiz is inviting total self-annihilation in the bliss of divine communion, saying he must experience it while alive. He wants to be so completely “drunk” on the presence of God within, that all of his personal sense of self dissolves.

When he tells us to “pursue life’s pleasure, abandon dreams,” Hafiz is using the common Sufi device of equating self-abandonment and sacred practices with earthly indulgence. He is not advocating hedonism. But this one parallel exists between the hedonist and the saint that the Sufis capitalize on — you must step outside of society’s norms. You must be willing to abandon everything, every aspiration and thought, every fixed perception of reality, every “dream,” for the “pleasure” of the divine embrace.

The next section, “and the day when the wheel makes pitchers of my clay, / take care to fill my skull with wine!” has a very precise mystical meaning. The “clay” he speaks of is the earthen nature of the physical body. To make “pitchers” of that clay is to purify it and form it — in order to receive the heavenly wine. Hafiz specifically wants his skull to be filled with wine. The skull is often described as the true cup that holds the divine nectar. On an energetic level, this is where the sacred drink — the wine, or amrita (or the “tea” that gave the Poetry Chaikhana it’s name) — is first received. When it is imbibed, it can then be felt in the throat, before it descends and warms the heart and belly, finally spreading throughout the entire body and awareness.

Hafiz then declares he would rather listen to a “sermon in praise of a cup of clear wine” than follow “piety, penance and preaching” for “Wine-worship is a noble task…” Here, he is poking fun at blind religious formalism. He is reminding us that true holiness comes from the direct experience of ecstatic communion — the drinking of wine — not from merely following prescribed actions that make us seem to others to be devout.

Understanding this, Hafiz exhorts himself — and us — to “rise and advance firmly” in that “noble task” of “wine-worship.” The rising he speaks of also has a specific meaning, for there is often a sensation of an energy that rises or bubbles up which accompanies the blissful drinking of the mystic’s wine. It begins in the seat and rises up through the crown. Sometimes this rising is compared with a fountain or a spring. At other times it is called a fire since the body may feel as if it is delightfully burning up. In the terminology of Yoga, this is the Kundalini Shakti, but it is a universal experience, and Hafiz knows it must fully rise and advance for the Cupbearer to fill the cup with wine.

(And I say all this as someone who has never drunk alcohol in his life. Go figure.)

If you are looking for versions of Hafiz by Daniel Ladinsky, click here.

I often get asked what a “chaikhana” is. The short answer is that it is a tea house. (Chai = tea). The inevitable second question is, why a “poetry chaikhana”? What does poetry, especially sacred poetry, have to do with tea? The act of sipping tea naturally has a contemplative quality to it, but there’s a deeper reason why I chose the name Poetry Chaikhana all those years ago. It was inspired by a Sufi story– In ancient times, tea was not known outside China. Rumours of its existence had reached the wise and the unwise of other countries, and each tried to find out what it was in accordance with what he wanted or what he thought it should be.

The King of Inja (‘here’) sent an embassy to China, and they were given tea by the Chinese Emperor. But, since they saw that the peasants drank it too, they concluded that it was not fit for their royal master: and, furthermore, that the Chinese Emperor was trying to deceive them, passing off some other substance for the celestial drink.

The greatest philosopher of Anja (‘there’) collected all the information he could about tea, and concluded that it must be a substance which existed but rarely, and was of another order than anything then known. For was it not referred to as being an herb, a water, green, black, sometimes bitter, sometimes sweet?

In the countries of Koshish and Bebinem, for centuries the people tested all the herbs they could find. Many were poisoned, all were disappointed. For nobody had brought the tea-plant to their lands, and thus they could not find it. They also drank all the liquids which they could find, but to no avail.

In the territory of Mazhab (‘Sectarianism’) a small bag of tea was carried in procession before the people as they went on their religious observances. Nobody thought of tasting it: indeed, nobody knew how. All were convinced that the tea itself had a magical quality. A wise man said: ‘Pour upon it boiling water, ye ignorant ones!’ They hanged him and nailed him up, because to do this, according to their belief, would mean the destruction of their tea. This showed that he was an enemy of their religion.

Before he died, he had told his secret to a few, and they managed to obtain some tea and drink it secretly. When anyone said: ‘What are you doing?’ they answered: ‘It is but medicine which we take for a certain disease.’

And so it was throughout the world. Tea had actually been seen growing by some, who did not recognize it. It had been given to others to drink, but they thought it the beverage of the common people. It had been in the possession of others, and they worshipped it. Outside China, only a few people actually drank it, and those covertly.

Then came a man of knowledge, who said to the merchants of tea, and the drinkers of tea, and to others: ‘He who tastes, knows. He who tastes not, knows not. Instead of talking about the celestial beverage, say nothing, but offer it at your banquets. Those who like it will ask for more. Those who do not, will show that they are not fitted to be tea-drinkers. Close the shop of argument and mystery. Open the teahouse of experience.’

The tea was brought from one stage to another along the Silk Road, and whenever a merchant carrying jade or gems or silk would pause to rest, he would make tea, and offer it to such people as were near him, whether they were aware of the repute of tea or not. This was the beginning of the Chaikhanas, the teahouses which were established all the way from Peking to Bokhara and Samarkand. And those who tasted, knew.

At first, mark well, it was only the great and the pretended men of wisdom who sought the celestial drink and who also exclaimed: ‘But this is only dried leaves!’ or: ‘Why do you boil water, stranger, when all I want is the celestial drink?’, or yet again: ‘How do I know that this is? Prove it to me. Besides the colour of the liquid is not golden, but ochre!’

When the truth was known, and when the tea was brought for all who would taste, the roles were reversed, and the only people who said things like the great and intelligent had said were the absolute fools. And such is the case to this day.

In this way, I hope the poems and thoughts I share through the Poetry Chaikhana bring a hint of that celestial drink to your lips. These are poems not to be praised for mere artistry, not to be worshipped from afar, not to be exclusively studied or analyzed. These are poems to be tasted. They are meant to be imbibed until we feel warmth in the belly and sweetness in the heart.

‘He who tastes, knows. He who tastes not, knows not… Close the shop of argument and mystery. Open the teahouse of experience.’

Have a beautiful day! I think I’m going to go to the local teahouse and order a tall glass of tea!