It is Not Enough

It is not enough to see straight ahead,
to gaze at the unborn
thinking the silence belongs to you.

It is not enough to hear
even the tiniest edge of rain.

You must go to the place
where everything waits,
there, when you finally rest,
even one word will do,
one word or the palm of your hand
turning outward
in the gesture of gift.

And now we are truly afraid
to find the great silence
asking so little.

One word, one word only. 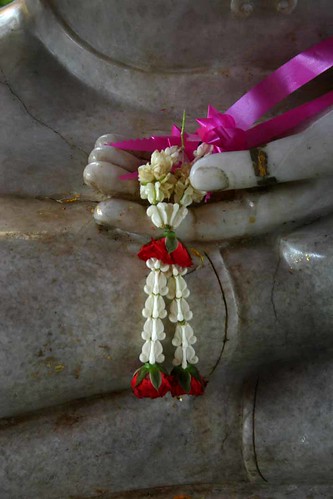 View All Poems by David Whyte

As I know many of you have experienced in recent weeks, we too here in Colorado have had several hot days. Then last night, a burst of rain. This morning cool, damp, overcast. Even the starlings are stunned with relief and are quiet.

Reading today's poem by David Whyte, it feels as if he is exploring a deep insight, but what he is actually saying is not entirely clear. Let's try to puzzle it out together.

It is not enough to see straight ahead,
to gaze at the unborn
thinking the silence belongs to you.

I suspect he is saying something about not becoming too self-satisfied even with our most spiritually open states, that we shouldn't become convinced that we possess those moments.

You must go to the place
where everything waits...

When I think of waiting, I imagine a patient stillness, but also uncertainty. And in that uncertainty our awareness remains open, receptive, alive. In possession and certainty, the awareness becomes fixed, taking in less and less of the flowing mystery.

there, when you finally rest,
even one word will do,
one word or the palm of your hand
turning outward
in the gesture of gift.

This, to me, is the heart of the poem.

But what is this "one word" the poet refers to? David Whyte's writings aren't particularly steeped in Christian terminology, so he is not likely to be making a reference to The Word as Christians understand it.

He draws an equivalency between that one word and the palm of an open hand in the gesture of a gift -- a beautiful image. This one word suggests a lack of self and lack of clinging, and that becomes a gift or an offering.

And now we are truly afraid
to find the great silence
asking so little.

Now that we are resting, waiting, having passed through insight without clinging to it, free from self, bathing in the great silence, that's when he brings up fear. But the fear is not of the silence, rather that so little is asked of us.

I take this to mean that we are so intent on action, on doing. Even in our spiritual opening, we expect some impulse or divine command to do something with it. But instead the reflex to act fades away. One profoundly and simply IS.

We don't do, we open. Like a hand in a gesture of gift. Like the lips parting to utter one single word.

One word, one word only.

What do you think this poem is saying? Do you read this poem differently?

It is Not Enough