Detached You are, even from your being

Detached You are, even from your being,
and this being is nothing but You.
Unmanifest, yet the manifest is naught
but Your shadow.

Moons, galaxies and worlds drunk from this cup.
And the cupbearer is nowhere to be seen! 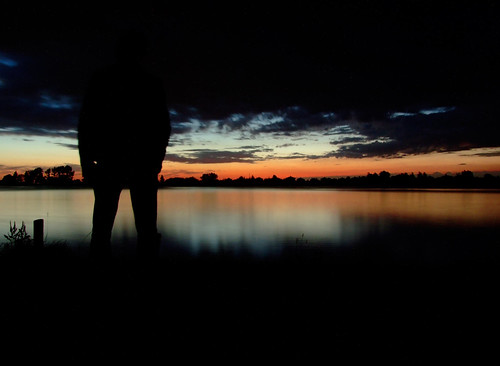 This poem is a beautiful, brief meditation on God as both eternal essence and as the manifestation of material creation.

The so-called 'real world' can be said to be unreal because, through direct perception, the mystic sees physical manifestation as only a ghost-like reflection of a deeper, more subtle Reality. The world of tangible things and solid objects is found to be inherently empty and intangible. This is how "the manifest is naught / but Your shadow." Manifestation only suggests something of the underlying Essence; it is merely an opaque reflection of the "Unmanifest."

The fundamental nature of all Being is ecstatic or "drunk" bliss, even though not always perceived. All of creation is built upon this bliss and continually fed by this bliss: "Moons, galaxies and worlds drunk from this cup."

And the irony of this divine game of hide-and-seek: "The cupbearer is nowhere to be seen!" The bestower of bliss, the "cupbearer," being "unmanifest," inhabits no space, "is nowhere" and unable to be "seen" in the mundane sense. We are teased and taunted by the endlessly spinning variety of manifestation until we stop looking for some object we can name "God" and, instead, allow ourselves to be overcome by the vast, blissful Reality that is beyond the capability of the eyes to see or the limited mind to comprehend.