Circles 4 (from Life of the Future World) 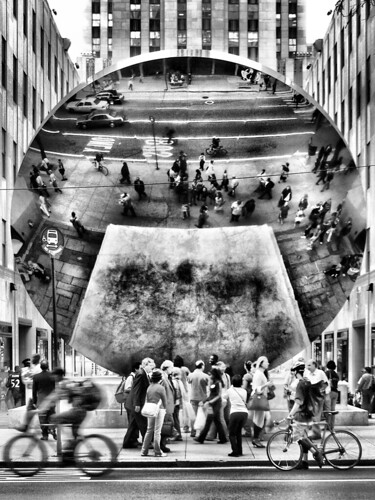 These lines are the culmination after several pages of circles of words, literally words written in circles that declare the nature of God and reality.

Notice the powerful sort of divine... collapse this Kabbalistic meditation evokes. Right and left reflect each other until they are the same. Image and name, tangible form and conceptual form, merge until we recognize the truth of the early statement that "it has no image -- skies".

"& its birthplace -- being from non-being / fathering from nothing --" sounds almost like a Zen statement.

This work has that quality of certain intense Kabbalistic meditation practices of overloading the intellect by organizing and reorganizing the names of the Divine, concepts of reality, and mathematical variations. This is done over and over again until they fold in on themselves to reveal a central unity. The intellect, in exhaustion, comes to rest and finally sees this collapsed reality as a single point of Truth.

This reminds me of a note I posted several years back, when we had just adopted a new puppy:
...It's been a hectic week for me. We just brought a new puppy into our family, and boy does he have energy! He spins around in circles, and I'm ready to collapse in a single point of exhaustion... At which point he promptly comes over and licks my face.