Looking for your light

Looking for your light,
I went out:

it was like the sudden dawn
of a million million suns,

a ganglion of lightnings
for my wonder.

O Lord of Caves,
if you are light,
there can be no metaphor. 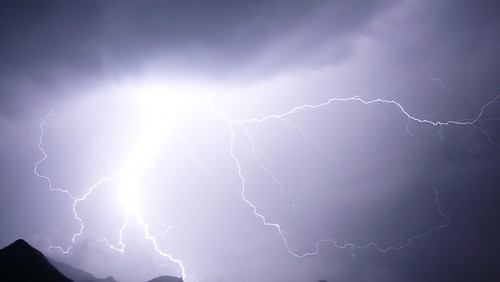 
View All Poems by Allama Prabhu

I was surprised to realize that I haven't featured this poem in several years. It is one of my favorite poems to emerge from the Virasaiva poet-saints in India. It is so short, sharp, like a lightning strike, yet the phrasing suggests recollection, giving it also a dreamy, musing quality, as if recalling that first blinding kiss from the beloved.

Light is a central image in sacred poetry, suggesting the Divine not framed within mental concepts. But for genuine mystics, this light is no mere concept; it is directly experienced...

This sense of light is more than a brightness one might experience on a sunny afternoon. This light is perceived as being a living radiance that permeates everything, everywhere, always. It is a radiance that outshines everything--

like the sudden dawn
of a million million suns.

This light is immediately understood to be the true source of all things, the foundation on which the physicality of the material world is built.

The sense of boundaries and separation, long taken for granted by the mind as the fundamental nature of existence, suddenly seems illusory, for this light shines through all people and things. It has no edges, and the light of one is the light of another.

Looking for your light,
I went out.

Seeing yourself and the entire world radiant with this light, the old notion of a separate self is lost. Only the light truly exists. Everything else is a shifting game of light.

Seeing this light, "there can be no metaphor." Nothing can be compared to anything else, for everything is recognized as being that light. In this divine light, it is all one already.