Next came the peacock, splendidly arrayed
In many-coloured pomp; this he displayed
As if he were some proud, self-conscious bride
Turning with haughty looks from side to side.
'The Painter of the world created me,'
He shrieked, 'but this celestial wealth you see
Should not excite your hearts to jealousy.
I was a dweller once in paradise;
There the insinuating snake's advice
Deceived me -- I became his friend, disgrace
Was swift and I was banished from that place.
My dearest hope is that some blessed day
A guide will come to indicate the way
Back to my paradise. The king you praise
Is too unknown a goal; my inward gaze
Is fixed for ever on that lovely land --
There is the goal which I can understand.
How could I seek the Simorgh out when I
Remember paradise?' And in reply
The hoopoe said: 'These thoughts have made you stray
Further and further from the proper Way;
You think your monarch's palace of more worth
Than Him who fashioned it and all the earth.
The home we seek is in eternity;
The Truth we seek is like a shoreless sea,
Of which your paradise is but a drop.
This ocean can be yours; why should you stop
Beguiled by dreams of evanescent dew?
The secrets of the sun are yours, but you
Content yourself with motes trapped in its beams.
Turn to what truly lives, reject what seems --
Which matters more, the body or the soul?
Be whole: desire and journey to the Whole. 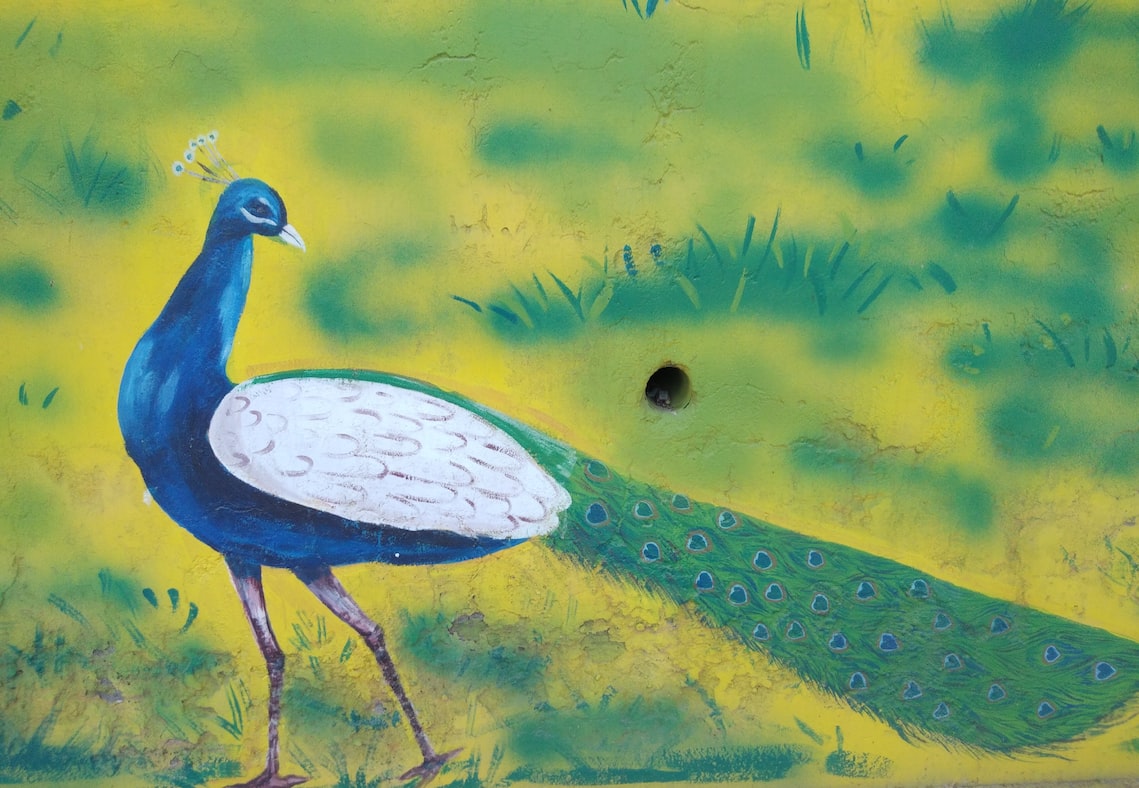 We have some delightful bird activity here at our new place in Eugene, Oregon. An elderly neighbor feeds the pigeons so, in the mornings, it is not uncommon to hear an explosion of feathered movement followed by the sight of thirty or more pigeons bursting from the nearby yard, flying in concert over our backyard, out and around the neighborhood, before circling back to settle into our neighbor's yard again. Crows, one-by-one or in small groups of half a dozen also come by in search of food and community with their curiosity and friendly squabbling. Blue jays regularly hop around in the bushes, marking their presence with a sharp edged cry. I often hear more than see the occasional hummingbird, the deep buzzing wingbeats above a tree I happen to be standing beneath accompanied by the tik-tik-tik of their faint call. Yesterday, we had strange and delightful dance of finches in one of our bushes; dozens of the birds were flitting about between branches, pausing for a bare instant, before flying out and back in again to find new branches, reconfiguring themselves again and again. The bush was alive with their movement.

Appropriately, I have been rereading Attar's Conference of the Birds. This is one of my favorite collections of poetry and I periodically return to enjoy it anew.

In The Conference of the Birds is a collection of poems that form a larger narrative about a group of birds who decide to go on a journey to find their king, the legendary Simurgh. This forms a rich spiritual allegory when we understand that the birds represent human souls and their leader, the hoopoe, is their sheikh or spiritual master. The elusive Simurgh is, of course, God. Through the poems and stores in The Conference of the Birds, the birds confront their fears while journeying through seven valleys before they ultimately find the Simurgh and complete their quest. The thirty birds who ultimately complete the quest discover that they themselves are already one with the Simurgh, playing on a pun in Persian (si and murgh can translate as 30 birds) while giving us an esoteric teaching on the presence of the Divine within us collectively.

I have read several English translations and, while several are good, I have yet to come across a version in English that I feel truly soars.

The version by Darbandi and Davis, excerpted here, in my opinion gives us the best poetic rendering, though I find it frustrating too. It manages to keep up a decent, if somewhat forced rhyming structure, while covering the full collection of poems that makes up The Conference of the Birds. Translating Attar's poetry as a long series of rhyming couplets can feel to modern readers like a run-on sentence, however. It is difficult to keep the attention from wandering while reading this version cover to cover.

Edward FitzGerald, who famously rendered the Rubaiyat of Omar Khayyam into English, also did a translation of Attar's masterpiece. FitzGerald had a rare gift for working with rhyme in English and that shows in his translation of The Conference of the Birds, but his poetic construction, which worked beautifully for the short four line quatrains of the Rubayat, can become exhausting and feel overwrought for longer pieces. He also only translated sections and those so loosely, that at times it feels as if important elements are missing.

The version I am currently reading is a new translation by Sholeh Wolpé. The poetry is rendered in modern English without attempting to rhyme. On some level I miss the rhyme but appreciate the choice -- few modern poets can rhyme well in English. The rendering of this version does not feel especially "poetic" but it has a life to it and it's very readable. What I especially like about this version is the format. In the beginning, where the birds are offering up excuses for not going on their journey, Wolpé gives us clear distinctions that allows each passage to stand on its own while fitting well in the larger narrative: The bird offers its excuse, the hoopoe answers, and then we get prose anecdote that illustrates the deeper wisdom of the hoopoe's guidance. It works well with Attar's structure.

So which version do I like best and hope to read again in the future? I have to say all of them. I find myself reading a passage in one and thinking, That's good, but I feel like there's something more. So I then turn to one of the other versions, comparing them, weighing them, trying to construct my vision of the Simurgh by combining them all.

A few notes about the peacock's excuse...

With each bird we are invited to ask ourselves what qualities they represent in the human soul. The peacock is proud of its beauty, which displays a special attention from God during Creation. But the peacock is haunted by a terrible burden. It had dwelled in the Garden of Paradise but was seduced by the serpent, who coaxed the peacock to sneak it into paradise. As a result of this betrayal, the peacock was expelled from paradise. Now all the peacock longs for is a return to the Garden.

And this is the peacock's excuse for not wanting to make the spiritual journey to find the Simurgh. The Simurgh (God) is a vague unknown goal. His love is for paradise, which he remembers as real. That is all he longs for. It may sound odd to separate paradise and God in this way, but that suggests the spiritual blindness of the peacock. Rather than recognizing that it is only the presence of God that imbues everything, including paradise, with beauty and meaning, the peacock seeks a lost memory that is more surface and feeling than real depth. This is a sort of spiritual nostalgia, a turning backward to a half-remembered perfect past, rather than looking forward toward the Source that makes every land a paradise.

As the hoopoe says in response:

You think your monarch's palace of more worth
Than Him who fashioned it and all the earth.

The home we seek is in eternity;
The Truth we seek is like a shoreless sea,
Of which your paradise is but a drop.