A mystic is one
who passes away --

He abides in the essence
of that which is Real.

Such a person is pure,
clear wine without dregs.

Now whole, he displays
the Most Beautiful Names. 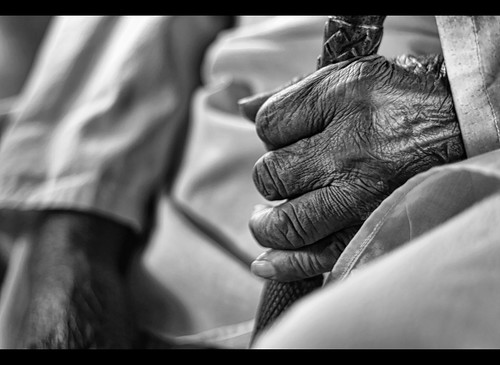 A couple of brief observations:

"Clear wine without dregs" is a variation on the classic image of the awareness being like silted streamwater: When the flow is natural and untroubled, the silt settles to the bottom and the water is clear, allowing the light to pass through unhindered. But when the water is turbulent, silt rises and clarity is lost.

What we commonly think of as the self or the ego is really nothing more than that silt, the murky dregs. The ego doesn't really have any tangibility in itself; it is simply a clouding of the awareness that we have grown used to. A mystic is one who has learned to let the flow of heart and mind grow smooth, natural, still. As the dregs settle, the mystic's ego-self "passes away," and the wine grows clear.

The "Most Beautiful Names" are the many names and attributes of God. In other words, such a one, one who is "now whole," "displays" or embodies the qualities of the Divine.