Chanting, chanting the Beloved's name,
I am myself become the Beloved.

Whom then does that Name
now name? 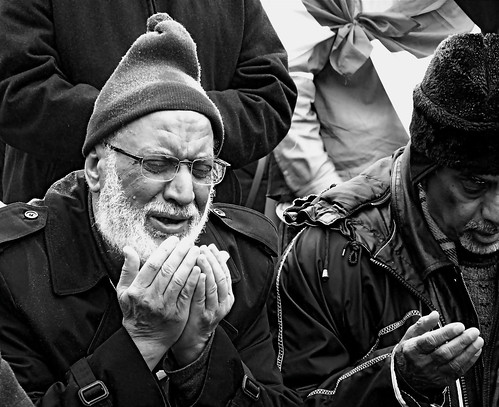 
View All Poems by Bulleh Shah

Chanting, chanting the Beloved's name,
I am myself become the Beloved.

You'll find variations of this notion in sacred poetry and mystic writings throughout the world. What does it mean? How does repeating the name of the Beloved make you become the Beloved?

Many Sufi traditions practice zikr, the remembrance of the name of God, often through all-night prayer circles that involve devoutly repeating the names and attributes of God. You'll find similar practices in Hinduism and Buddhism with the recitations of divine names and word formulations through mantra and japa. In Catholicism, there is the repetition of the rosary. In Eastern Orthodox Christianity, there is the Jesus Prayer...

The purpose behind all of these practices is a gentle but persistent assault on the mind. By taking the name or words that most remind you of the Divine, and repeating it over and over again, with attention and devotion, a cleansing process starts to occur in the awareness. The mind, at first, likes the sense that it is 'doing something good,' focusing on sacred things; but it soon becomes impatient, wanting to return to its old fixations, its comfortable patterns and habitual ways of viewing the world. Continuing the practice of sacred repetition allows the mind no quarter, bringing it back again and again to focus on the Divine. Do this long enough, and the mind starts to see empty spaces in itself -- a terrifying experience for the mind, since it normally expends great energy to hide its essentially empty nature behind constant activity and attachment. But continue the practice further still, deeply, and an amazing thing happens: The mind not only sees its emptiness, it sees THROUGH its emptiness to the radiance within. It recognizes that that shining presence was what was being named all along. And, since the mind has finally admitted that it has no solidity or boundary, that it has no essential reality in itself, it recognizes that there is no separation from that living radiance. The identity is finally understood to have always resided There, within the Beloved all along -- you have "become the Beloved" yourself!

But, for the devotee, this leaves a dilemma of language: Recognizing the Beloved as one's true self, the Self of all selves, who then shall you call the Beloved?

This is a verse worth... repeating.