On these southern roads

On these southern roads,
on shrine or thatched roof, all the same,
swallows everywhere 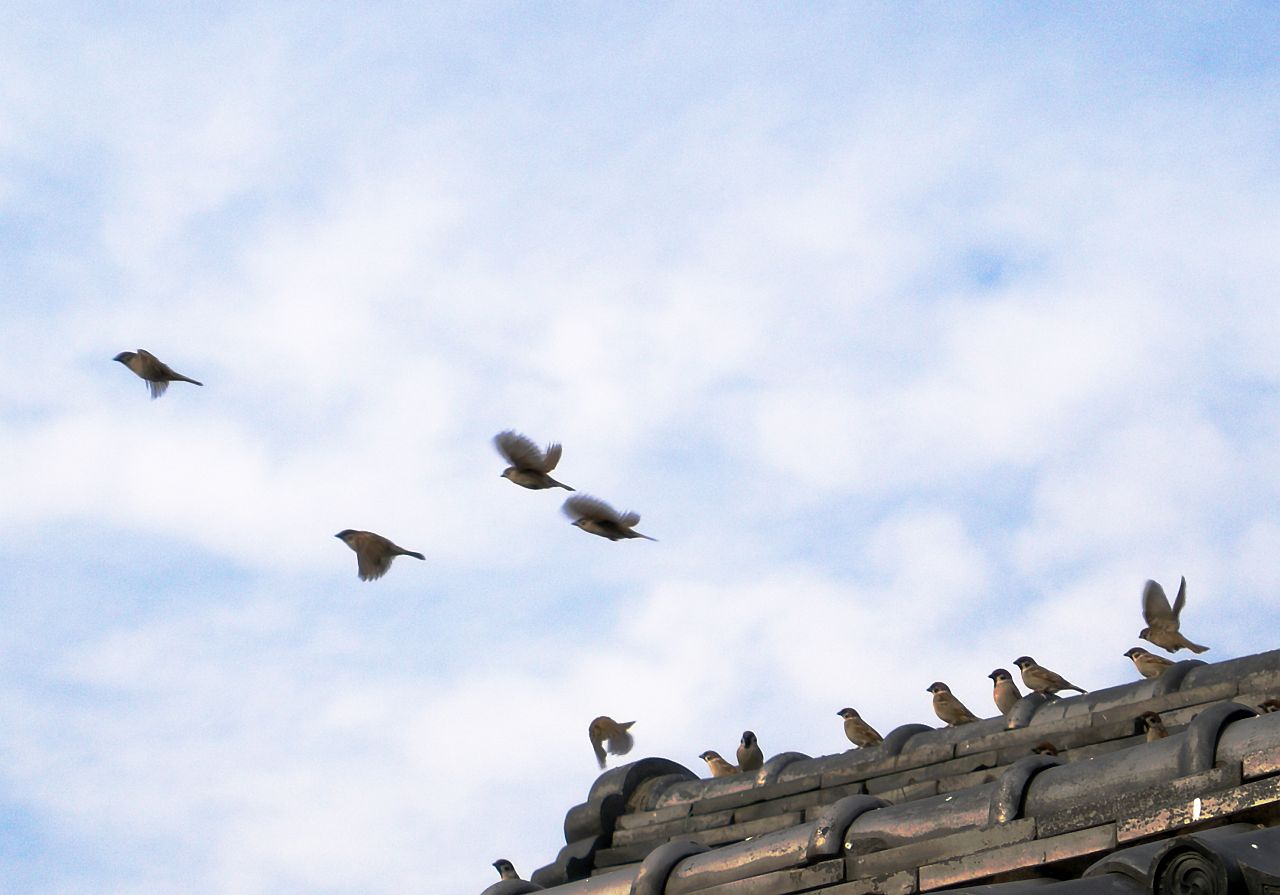 A surface reading of this haiku paints for us a picture of birds on rooftops. But don't rush past this image and think that's all Buson is presenting to us. Take a moment to reread it and let the image he has sketched for us fill out in your mind, then consider deeper layers of meaning that might be implied.

on shrine or thatched roof, all the same

A thatched roof would be on a simple house. Buson seems to be suggesting that there is no difference between the sacred ground of a temple or the houses of the secular world.

Swallows, which I take to embody a sort of natural living presence, gather everywhere, equally on temple roofs and on thatch roofs.

Read this way, Buson could be suggesting a Zen vision of unity: enlightenment is found equally everywhere, at the altar as well as the cook pot.