Nine days.
Nine nights.
Speared by his own hand,
he hung silently
on the tree at world's end.
The cosmic winds were tearing
furiously at his bones.
His mind was spread out infinitely
in the reliquary of time.
He waited breathlessly,
every fiber surrendered,
every flickering thought
hovering in the nowhere
of the ever-present moment.
He, single-eyed Odin,
waited dispassionately
for death to end
and new knowledge to burgeon.
All was as it will be. 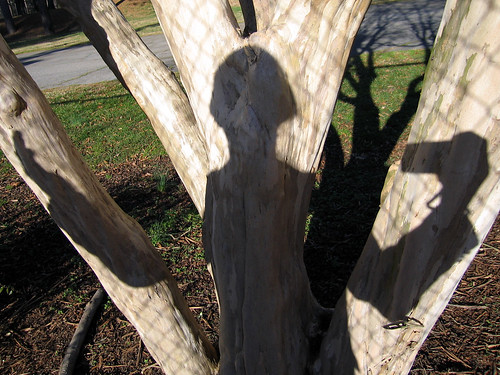 
View All Poems by Georg Feuerstein

I like the way this poem shows the confluence of esoteric themes in Norse, Christian, and Yogic traditions.

The Odin myth-story has several striking parallels with the Gospel stories of Christ. Odin is crucified on a tree. He is "speared." He is hung for nine days, a tripling of the three days of Christ's entombment and journey in the realms of death.

Odin is missing an eye, thus he is called "single-eyed," calling to mind Christ's enigmatic saying, "The light of the body is the eye: if therefore thine eye be single, thy whole body shall be full of light." (Matt 6:22)

Georg Feuerstein, being a scholar and practitioner of yoga, would probably understand this in yogic terms. The common perspective is through the dualistic vision of the two physical eyes. But when the eye is single (the Ajna chakra, the "third eye"), reality is seen in a unified vision, and filled with a radiant light.

When he says Odin waits "breathlessly," this is a reference to a state experienced by many mystics in deepest communion, with the breath stops or nearly stops. And with the stopping of the breath, the mind too comes to rest: "every flickering thought / hovering in the nowhere / of the ever-present moment." (That's one of those phrases that alone can bring stun the busy mind into stillness!)

I especially love Feuerstein's phrase that Odin "waited dispassionately / for death to end..." From the yogic point of view, death is understood not so much as the body ceasing to function, never to be animated again. Death is recognized as the common, boxed in state of consciousness. At the moment of enlightenment, one is filled with such an immense, boundless sense of life, that everything before was but a dark shadow, a sort of living death state. Death, in this sense, isn't an event, but an ongoing experience. Odin, supremely surrendered, supremely quiet, waits calmly in the midst of his suffering for that death to end.

Victorious, Odin attains knowledge (jnana, gnosis)... and time collapses, past and future pour into the present.

All was as it will be.