O Winebringer, the sun is up. Fill my goblet full of wine.
Hurry, for night will come, and then we'll have to sleep.

Outside, the doomsayers are announcing the end of the world.
Quick! give us some of Your delicious wine!

If it is fame and glory that you are looking for from the sun,
Then go back to sleep; there is only divine knowledge to its rays.

When Judgment Day arrives and the sky becomes a jug of poor clay,
Make your skull into a clay cup, and fill it with this pitcher's wine.

Now is not the time to be making small talk with your friends;
Speak only of the cup and of the wine.

Hafiz, get up! Get out of bed. You've work to do,
And the worship of wine is all the worthwhile work there is! 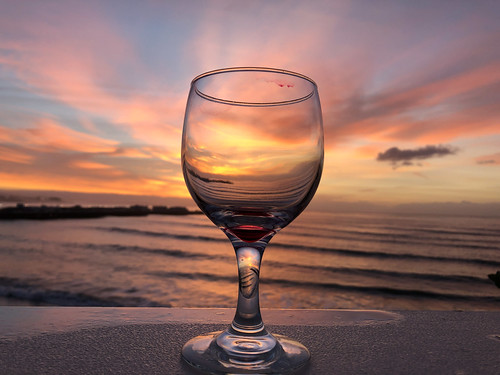 
View All Poems by Hafiz

Speak only of the cup and of the wine.

Sacred poetry traditions from all over the world compare ecstatic union with drunkenness. This is not some clever game of words. The wine described is real. Though subtle, a flowing substance is experienced as tangible upon the palette, with a taste of ethereal sweetness that can be compared with wine or honey. There is a sensation of drinking and a warming of the heart. The attention blissfully turns inward, the eyelids grow pleasantly heavy and the gaze may become unfocused. A giddy smile naturally blooms for no apparent reason. When the ecstasy comes on strongly, the body can tremble, sometimes the consciousness even leaves the body.

With these experiences, it not only makes sense for mystics to use the language of wine, observers sometimes mistake this state for actual drunkenness.

But in this poem, Hafiz gives us some especially interesting imagery worth exploring...

When Judgment Day arrives and the sky becomes a jug of poor clay,
Make your skull into a clay cup, and fill it with this pitcher's wine.

The image of the cup is an especially rich one in the mystical language of wine. Think about it for a moment. Picture a cup. What is it really? On the most basic level, a cup is a container, a vessel, that which actually holds the wine and carries it to your lips. In sacred poetry, then, the cup is the primal vessel that carries the spiritually animating, bliss-inducing substance metaphorically called "wine."

On a different level, the cup as the universal Womb is the great emptiness or no-thing-ness of heaven that gives birth to all of manifestation. From this understanding, mystics often equate the cup to the overturned empty bowl of the night sky which holds the earth and all life within it. "When Judgment Day arrives and the sky becomes a jug of poor clay..."

The inverted sky bowl on an individual level becomes the skull… and that's where things get interesting! "Make your skull into a clay cup,.." It is in the skull that this sacred "wine" is first recognized, where it is first received. The skull seemingly lights up, from its base at the back of the neck around to the point between the eyebrows, and the entire "cup" of the skull seems to fill up with a substance of immense life and joy.

We find this image of the skull/cup in sacred traditions all over the world. For example, renunciate sadhus in India often refer to their begging bowl as a “skull.” (In fact, a small number of Indian Aghori babas take this to ghoulishly literal extremes and use actual skulls as their bowls.) When taking food or drinking from these sacred bowls, it is understood as a sort of ritual enactment of receiving the substance of bliss within their own living skulls.

So, when Hafiz talks about turning the skull into a cup and filling it with the sky pitcher's wine, he is saying something very specific on an esoteric level: We must become fit vessels on an individual level to receive the universal wine. We must become a conscious microcosm, at one with the living, bliss-filled Macrocosm.

This is the true "worship of wine" -- and it is the only "worthwhile work there is!"

It must be time to get up. We all have work to do!