In truth, I led my prayer leader in prayer (from The Poem of the Sufi Way)

In truth, I led my prayer leader in prayer
with all of humanity behind me;
wherever I turned
was my way,

And my eye saw her before me
in my prayer,
my heart witnessing me
leading all my leaders.

It is no wonder
the prayer leader prayed toward me
since she had settled in my heart
as niche of my prayer niche.

All six directions faced me
with all there was
of piety and pilgrimage
both great and small.

To her I prayed my prayers
at Abraham's Station,
and I witnessed in them
her prayer to me,

Both of us one worshipper
bowing to his reality
in union
in every prostration.

For no one prayed to me but I
nor were my prayers performed
to other than me
in each genuflection.

How long must I be brother to the veil?
I have rent it,
and its clasps were loosened
in the bond of my pledge! 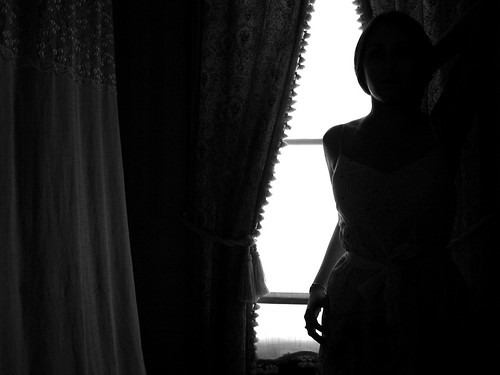 Ibn al-Farid has so totally merged with "her" -- the Beloved -- that she is alive in him. In recognizing this, he has become like the living Kaaba, the the great focal point at the heart of Mecca toward which Muslims pray. Everyone, everything, the six directions themselves, turn and pray to him, for it is there, within him, that the Divine is found.

Is this blasphemy, an inflated sense of spiritual self-importance? Or is it precisely the opposite, the supreme humility of recognizing no self at all, just the radiant Reality at one's core and seeing how everything naturally turns in that direction? This is the question Umar Ibn al-Farid keeps forcing on us throughout The Poem of the Sufi Way.

In truth, I led my