And much as Wine has play'd the Infidel,
And robb'd me of my Robe of Honor -- well,
I often wonder what the Vintners buy
One half so precious as the Goods they sell. 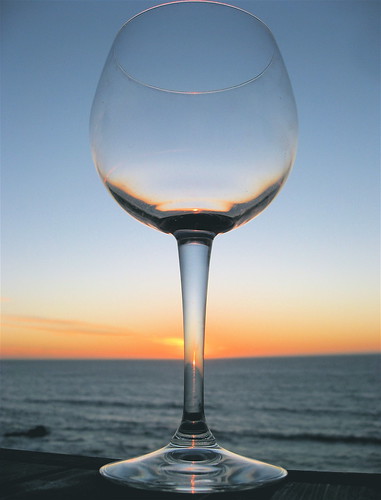 
View All Poems by Omar Khayyam

Wine, as I've mentioned elsewhere, is a metaphor for the heavenly drink of bliss. Here Omar Khayyam is speaking of the Infidel wine with an ironic double meaning. On the one hand it is the forbidden earthly drink in the Islamic world, the drink tasted only by "Infidels." (Of course, in reality, many Muslims drink alcohol without feeling it limits the depth of their faith.) On the other hand, wine is the promised drink of paradise. In the very foundations of Islam, wine has had a dual nature, from the profane to the most sacred -- and Sufi poetry loves to play with this paradox.

For Khayyam, it is the heavenly wine, the drink of bliss that has played the Infidel by robbing him of his "Robe and Honor." This is a reference to how the nondualistic perspective that overwhelmes you in deep bliss makes all distinctions and social roles, even religious roles and positions of honor, empty. You recognize yourself as essentially whole, even though you stand naked, stripped of the robes of social position. The Infidel Wine has made you an infidel to the outer forms of religion and social honor.

We are all of us "Vintners," makers of the wine of divine union. But, Khayyam asks, what can we buy in the world -- money, power, position, fame, companionship -- that is even half as valuable as the heavenly wine we waste in order to gain those things?

It is best to spend our lives in quiet fermentation, cultivating within ourselves heavenly wine, and drinking deeply until we become drunk in indescribable joy!