O End of Every Beginning

O end of every beginning,
O beginning of every end,
O manifest of every hidden,
O hidden of all revealed!

The light of Your beauty
In every believer's eye does shine;
The sign of Your anger
In every denier's heart we find.

You thank him and he is You,
Himself giver and receiver,
Himself the gift and the thanking.

When the Saqi gave Maghrabi the wine
Of eternal life
He was annihilated and eternal.
He was non-existent and existent! 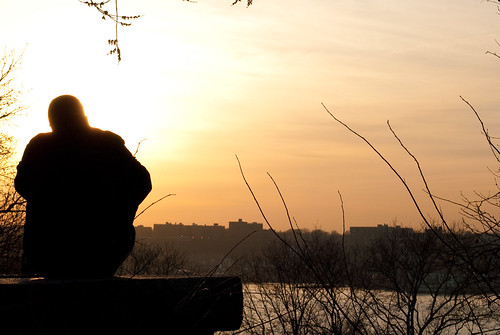 A little off-topic rant today (but sent with much love!) It just seems like a day to be feisty...

I was a teenager in the 1980s during the days of the L.A. punk scene. No, I never spiked my hair, got tattooed, or trudged about in heavy army boots. But I had a few friends who were part of that world. Monday morning at school I'd hear fascinating stories of mosh pits and rock bands pushing the human ear's endurance. I was too quiet and solitary and fond of my eardrums to join the punk scene. But I got along well with my punk friends because, in my very internalized way, I was just as much of an angry young man. You wouldn't have known it to look at me -- my clothes were plain and boring, I was a straight-A student, I was polite and friendly -- but like my punk friends, I felt a simmering rage at the society in which I found myself growing into adulthood.

I had gone from the creative, sleepy, back-to-earth hippie culture of Oregon in the '70s to L.A. full-throttle in the Reagan Era. As I grew into my teenage years, it dawned on me that this was the new mainstream American culture, not my nostalgic memories of Oregon. And I was stuck in it. These were the same things the punk movement was raging against: hyper-insulation, stupid wealth, and flattened souls. All I had to look forward to as I grew into adulthood was learning to live with it all, maybe figuring out enough of the rules to claw my way further up the heap. Like my friends, I felt profoundly betrayed by the world given to me.

Once I entered college, I let my facade collapse, and I began to admit how lost and alienated I felt. My academic focus crumbled, my pretense at life direction fell apart. The most terrifying thing of all was that I had discovered no clear path to follow. I sought meaning as best I could. I read Thoreau, I read Maugham's The Razor's Edge, I started to meditate. Frankly, none of that helped... not right away. I felt numb, just going through the motions. But I found a sweet, painful intensity in my hungering soul. Strange to say, that's what sustained me and guided me. When we can't find food, we can be fed by our hunger. I admit, I was probably miserable to be around at that time, but that intense yearning sparked and finally lit a flame inside me, and that flame has been my light and my heat ever since.

You know, I have some pretty strong political and social ideas, to a level that's unseemly in someone on a contemplative path, but my most aggressive rebellion has been internal rebellion. We can and should strive to improve the world around us, but more important than unseating men of dark minds, more important than reshaping society, is toppling the tyrannical self that darkens our perception of life. That's when we finally witness what a heavenly realm this world truly is. That vision is our map. Only then do we truly know where we want to go and have an idea how to get there. Actually, it's not so much that we have to get somewhere; the heavenly vision just pours out of us, vivifying the world around us. By seeing, by knowing, by being profoundly alive, we become the alchemical means of transforming the world. This is the sort of rebel the world needs more of.

He was annihilated and eternal.
He was non-existent and existent!

O End of Every