There is One God

There is One God.
He created all beings,
And He exists beyond the beyond of religions,
Beyond the separations of race,
Religion, and philosophies.
He is beyond mind, desire, and physical vision
He is beyond the world, lust, torpor, and illusion.
God resides in that spotlessly pure place known as the heart
And sees and knows everything.
He sees each and every heart and mind and understands all things. 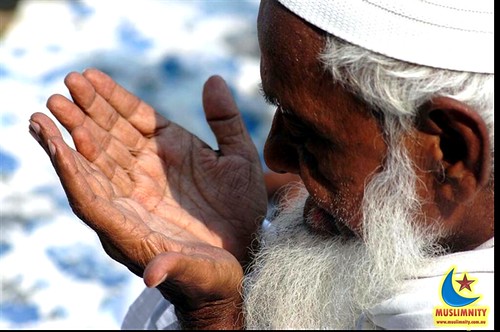 
View All Poems by Bawa Muhaiyaddeen

There is One God.
He created all beings...

Several of the short statements of this poem can be read as rather simple, standard religious formulations. But when approached with a deeper understanding and an openness, these statements unfold to reveal profound truths...

That opening line, "there is One God," for example, is an important affirmation in all of the monotheistic traditions. For many, this is an assertion that their image of God is the right one, while all other ideas of God are false, especially religions that embrace a multiplicity of gods.

For genuine mystics, however, the affirmation of One God is not about surface theologies. In the deepest blissful experiences of communion, the Divine is experienced as a profound, all-encompassing Unity. "There is One God" is another way of saying that God is One, God is Oneness, that all things are One in the Divine Embrace. For the mystic in deepest communion, God is the living Wholeness in which all things have their being.

Properly understood, "There is One God" is not a sectarian war cry, it is an affirmation of the sacred unified nature of reality.

"He created all beings," similarly can be read as a bland formulation about a creator God, but from the mystic's perspective it is a statement of observed reality. Mystics often report being flooded with a numinous light which is perceived as filling and animating all of creation. That light is recognized as the underlying strata of existence from which all beings and all things emerge. That living radiance is quite literally the source and creator of all beings.

God resides in that spotlessly pure place known as the heart...

Here again we can read this line as a pretty but rather meaningless statement about some metaphorical heart -- or we can settle deeply into ourselves and experience with the mystics the space of the heart, which reveals itself to be a wide-open, bliss and love-filled space in which we come to know ourselves as we truly are in profound simplicity and innocence.

This is the pure space in which we see ourselves not as ourselves but in the image of the true Self, as an emanation of that Divine One.

...And sees and knows everything.

I know that for some who worked hard to escape the rigid ideas of their religious upbringing, a statement like this can trigger negative reactions. Too many religious leaders view God as a sort of cosmic cop, always watching and ready to punish. (I am reminded of that Christmas song, "You better watch out. You better not shout. Santa Claus is coming to town. ...He sees you when you're sleeping. He knows when you're awake. He knows when you've been bad or good, so be good for goodness sake!") I hope it is obvious that this is not the nature of divine reality.

What then does a statement like this really mean, that God sees and knows everything? We're not really talking about God as a source of information. What's the point of God being the heavenly Google? When mystics talk about God seeing everything or knowing everything, they are not talking about data, they are talking about gnosis. Yes, in communion, one's intuition may become highly refined and the ability to pluck surprisingly insightful pieces of information from the ether may be enhanced, but that is secondary. For many, the experience is as if one is bathing in an immense pool of Knowing itself. It is not so much the endless particles of information one sees as the living fluid that fills the spaces between all of those particles, allowing everything to interrelate and take on meaning within the universal whole. One becomes immersed not in informational knowledge so much as knowingness itself.

And from this state one sees with a compassionate understanding the living web of interconnection we all share.

And He exists beyond the beyond of religions,
Beyond the separations of race,
Religion, and philosophies.

When we overcome simplistic theological explanations and connect more directly with the divine reality, sectarianism, prejudices, and separations fall away.

The universe with its kaleidoscopic diversity of expression is, beneath it all, a living Unity. All beings, all people are born from that same living Oneness. How then can we be troubled by differences in race or religion?

There is One God