Why disappear into formless trance?

O wavering mind,
awaken your upward-flowing awareness.
Become the sublime warrior Goddess Kali,
who moves with graceful power
through the vast landscape of the body.

Her divine form, like a black storm cloud
illumined by the sun,
she stands unveiled,
her long hair falling free like monsoon rain.
Be lost in awe of her, O mind,
for you will never comprehend her.

She dwells as the primal lotus of conscious energy
and also as the thousand-petal blossom,
complete enlightenment.
She is none other than primordial bliss,
this great swan ever swimming
through the lotus jungle of the subtle body.

Gaze intently into the blazing heart of joy
and you will perceive my blissful Mother,
matrix of all phenomena.
The vision of Kali
kindles the fire of unitive wisdom,
burning down conventional barriers,
pervading minds and worlds with light,
revealing her exalted beauty
as universal flower garden
and universal cremation ground,
where lovers merge with Mother Reality,
experiencing the single taste of nonduality.

This ardent poet of the Goddess cries:
"Every lover longs only
to gaze upon the unique Beloved.
Why close your eyes?
Why disappear into formless trance?" 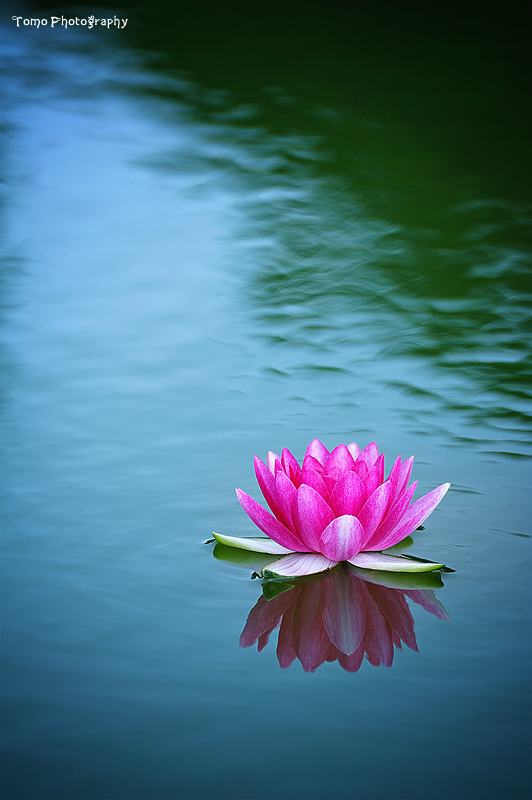 Notice how Ramprasad addresses this poem to his mind? ("O wavering mind...") He does that in several of his poems. He relates to his mind as something external to his true self. It is a disruptive being in need of guidance, like a child with ADHD. By not identifying directly with the mind, by not imagining that he is the mind, that gives him enough distance to be able to shift its attention.

This poem by Ramprasad touches on several important sacred themes and metaphors.

Ramprasad refers to lotuses several times. In the language of Indian metaphysics, the lotus is used to describe the chakras or energy centers located throughout the body, but especially along the spine. The force of spiritual awakening, the Kundalini Shakti (often described as being a Goddess), lies dormant at the base of the spine until it is awakened and rises, passing through the chakras on its journey to the crown. As it passes through each chakra, illusions are dispelled and the consciousness expands.

So, when Ramprasad, speaks of Kali "who moves with graceful power / through the vast landscape of the body," he is equating Kali with the Kundalini force. It is this journey he is talking about when he describes her as "swimming / through the lotus jungle of the subtle body."

He refers to Kali / Kundalini as the "great swan" or paramahamsa. The swan is a being of serene beauty that naturally glides among lotuses, at ease between the two worlds of the water below and the air above. Paramahamsa or "great swan" is a spiritual title bestowed upon those who naturally navigate between the heavenly and earthly realms bringing liberation to the world.

"She dwells as the primal lotus of conscious energy" -- that is the muladhara or base chakra that houses the sleeping Kundalini -- "and also as the thousand-petal blossom" -- the crown chakra where "complete enlightenment" is experienced. For Ramprasad, the Goddess Kali is both the beginning and the end of the spiritual journey, and she is also the energetic shakti that bridges the two poles.

He refers to Kali as the "sublime warrior" because, as she rises along the spine, Kali destroys the demons of illusion and energetic boundaries. To those who still identify with those limitations, this process can feel violent, devastating. But, for those who are ready to let go of those spiritual limitations, the experience is one of utter release.

Ramprasad's lines, "Gaze intently into the blazing heart of joy / and you will perceive my blissful Mother, / matrix of all phenomena," are a condensed statement of reality as perceived in the state of mystical union. When the Kundalini Shakti has fully risen to the crown, the heart seems to be on fire; it blazes. And from that fire spreads an immensely blissful joy that is recognized as the foundational "stuff" from which all of creation emerges. The surface perception of reality as separate, distinct, tangible objects is finally seen as hollow; reality is bliss, born of bliss, and the rest is just appearance. This is why Kali, that divine bliss, is the "matrix of all phenomena," and why, "The vision of Kali / kindles the fire of unitive wisdom." Everything is consumed, losing its separateness, in that fire of bliss; everything is a "universal cremation ground, / where lovers merge with Mother Reality."

With everything flowing from that one bliss, all perception of separation consumed in the flame of bliss, one experiences the "single taste of nonduality."

Yet, in his final lines, Ramprasad seems to take a half-step back into the bhakta's dualistic perspective of lover and Beloved. He would give up the "formless trance," in which the sense of a separate self is utterly dissolved in pure unity, in order have the recurring satisfaction of witnessing the Divine from a very slight distance, able to gaze upon the Beloved while retaining just enough separateness to savor the vision.