No One Here but Him

Watching my hand; He is moving it.
Hearing my voice; He is speaking...
Walking from room to room --
No one here but Him. 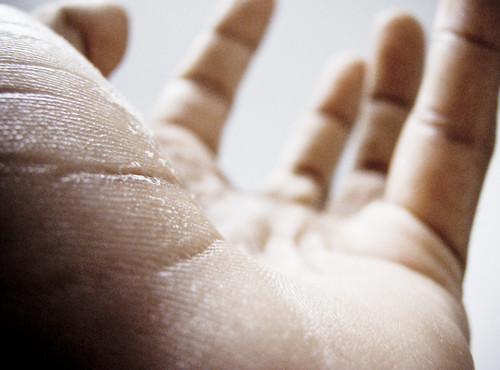 Isn't this a lovely snippet of a poem by the great Jelaluddin Rumi? But he's not just making a pretty, pious statement about God being the motivating force behind things.

Watching my hand; He is moving it.
Hearing my voice; He is speaking...

Mystics often say odd things like this. It makes one ask: Do they refuse to take responsibility for their actions? Do they take no action at all?

Sufis speak of an aspect of the personality called the nafs. In yoga, it is called the ahamkara. In modern English, we tend to translate this as the ego. This is the little self, the self-focused self, the self that endlessly proclaims, "I, me, mine."

Typically we pass all action through the nafs. When I am moving my hand, the "I" moving it is the nafs. In doing so, every action subtly proclaims the doer as the center of existence. Every action great and small becomes a sort of self-hypnosis, returning us back to the chant of the nafs: "I-me-mine."

The heart of mysticism and true spiritual communion -- whatever your tradition -- is to overcome this petty ruler of the awareness. When we can let go of the nafs, our sense of self expands immensely. And the heart too glows and opens. As the old fences of the self fall, everyone and everything becomes a part of us in a very real way. Or, rather, we recognize that we have always been so, and it is as if our eyes have finally opened.

Now, imagine taking action from this state. Your hand still moves, but it is no longer moved by "I-me-mine." There is an elegant stillness and spaciousness behind that movement, with a surprising capacity to affect transformation.

But who is doing this action if not the nafs? It is the larger Self, that aspect of us that does not separate itself from the Whole Reality. And despite the once constant protests of the nafs, was there ever anything other than that Wholeness anyway? Best check to be sure...

Walking from room to room --
No one here but Him.

No One Here but Him