Belief brings me close to You

Belief brings me close to You
but only to the door.
It is only by disappearing into
Your mystery
that I will come in. 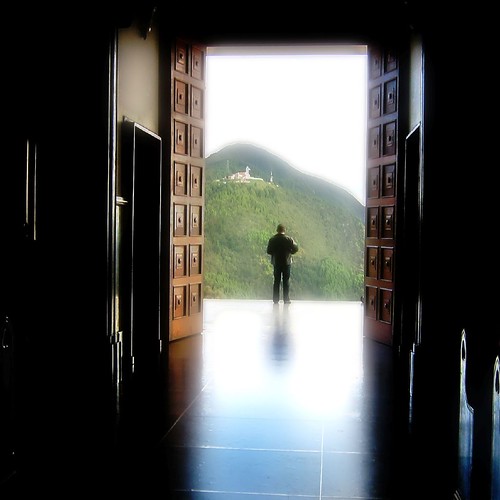 View All Poems by Hakim Sanai

This poem's two statements say so much.

Belief brings me close to You
but only to the door.

Personally, I'm not a big fan of "belief," not in the way most people use it today. I think of that sort of belief as the religious form of "Fake it 'till you make it." It can help a person go forward, but it's also a hollow act until it blooms with organic life from within. At best, belief can only bring us to the threshold. No matter how loudly or passionately we profess it, belief alone is not enough.

It is only by disappearing into
Your mystery
that I will come in.

The final step -- which is really the only step -- is the step into the unknown. It is in opening ourselves to the fullness of the sacred mystery all around us that we finally cross the threshold.

True, belief is what gives some the courage to let the ego fall ("disappear") in order to step naked through the doorway. But for too many belief does the opposite, armoring the ego, becoming the excuse to not see, to not understand, and to not take that step. Those with certainty but no knowledge have no tolerance for a reality beyond the mind's limited conception.

To really meet the mystery, we must be UNcertain. We must be open-minded, open-hearted, curious, courageous, quiet, poised... and humble enough to not notice our own sweet melting. That is when we've finally stepped through.