Being a tavern haunter means
Being sprung free of yourself.

The tavern is where lovers tryst,
Where the bird of the soul comes to rest
In a sanctuary beyond space and time.
The tavern haunter wanders lonely in a desert
And sees the whole world as a mirage.
The desert is limitless and endless --
No one has seen its beginning or its end,
And even if you wandered in it a hundred years
You would not find yourself, or anyone else.
Those who live there have no feet or heads,
Are neither "believers" nor "unbelievers."
Drunk on the wine of selflessness,
They have given up good and evil alike.
Drunk, without lips or mouth, on Truth
They have thrown away all thoughts of name and fame,
All talk of wonders, visions, spiritual states,
Dreams, secret rooms, lights, miracles.

The aroma of the Divine Wine
Has made them abandon everything;
The taste for Annihilation
Has sent them all sprawling like drunkards.
For one sip of the wine of ecstasy,
They have thrown away pilgrim staff, water jar, and rosary.
They fall, and then they rise again,
Sometimes bright in union,
Sometimes lost in the pain of separation;
Now pouring tears of blood,
Now raised to a world of bliss,
Stretching out their necks like racers;
Now, with blackened faces, staring at a wall,
Or faces reddened with Unity, chained to a gibbet;
Now whirling in mystic dance,
Lost in the arms of the Beloved,
Losing head and foot like the revolving heavens.
Every passage that the Singer sings them
Transmits the rapture of the invisible world,
For mystic singing is not only words and sounds;
Each note unveils a priceless mystery.

They have thrown away their senses
And run from all color and perfume,
And washed in purified wine
All the different dyes: black, green, or blue.
To them, devotion and piety are only hypocrisy;
They are weary of being either masters or disciples;
They have swept the dust of dunghills from their souls,
Without telling even a tiny part of what they see,
And grasped in bliss at the swirling robes of drunkards.
They have drunk one cup of the pure wine
And have become -- at last, at long last -- real Sufis. 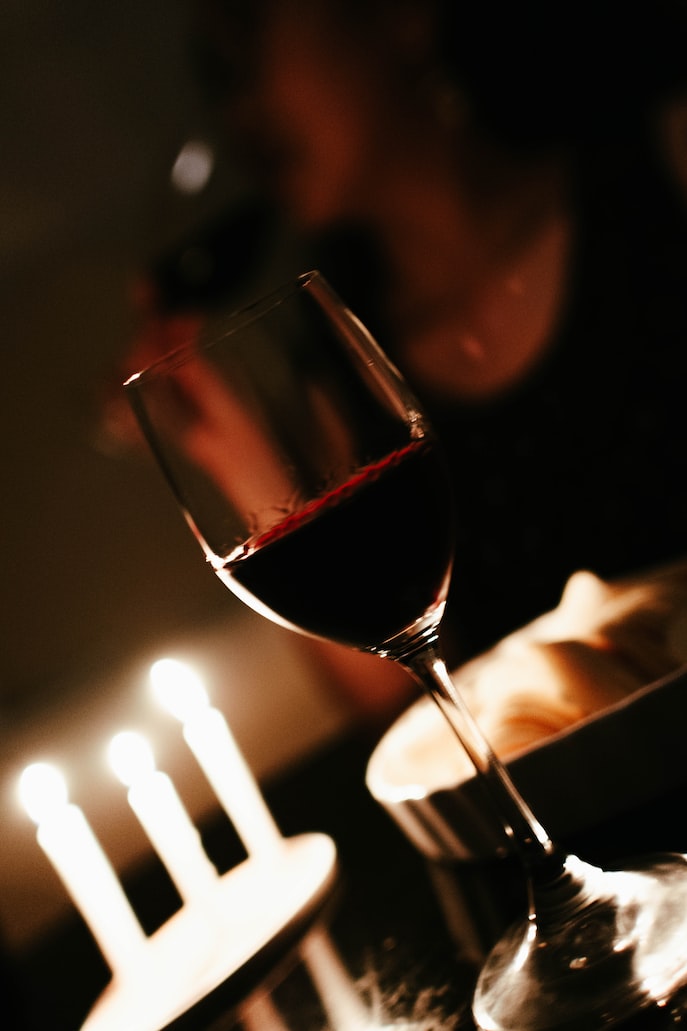 
View All Poems by Mahmud Shabistari

The aroma of the Divine Wine
Has made them abandon everything;
The taste for Annihilation
Has sent them all sprawling like drunkards.
For one sip of the wine of ecstasy,

Wine... Why do so many mystics from all traditions talk of wine and drunkenness and taverns when speaking of ecstatic states of enlightenment? How do I, as a person who does not drink alcohol, understand this sacred wine fixation? Is it just a universally agreed upon metaphor to shock the orthodox? Well, yes, but it is more than that. The mystic's wine is not wine, yet it is also more than a game of words. This wine is subtle but very real. It can be experienced in a profound, even physical manner.

In certain states, a flowing substance is felt upon the palette, with a taste of ethereal sweetness that can be compared with wine or honey. This is the amrita of yogis, the ambrosia of the Greeks, the prophetic mead of the Norse shamans, the awen oil of the druids. There is a sensation of drinking a subtle liquid, accompanied by a warming and expanding of the heart. The attention blissfully turns inward, the eyelids grow pleasantly heavy and the gaze may become unfocused. A giddy smile naturally spreads across the face for no apparent reason. When the ecstasy comes on strongly, the body can tremble, sometimes the consciousness even leaves the body.

With these experiences, it not only makes sense for mystics to use the language of wine. Observers sometimes mistake this state for actual drunkenness.

Being a tavern haunter means
Being sprung free of yourself.

To someone who has been overcome by this sacred drunkenness, filled with its bliss, all encompassing love, and the vision of universal oneness, religion's petty formalism seems worse than absurd, it is an offense.

To them, devotion and piety are only hypocrisy

Drinking deep from the tavern's draught teaches us what religion is really about, and it is not about joining the right group or following the rules exactly so. The mystic's wine is the proper measure of piety, the mark of initiation, not the number of days spent in church or mosque or synagogue.

I'm not an advocate of heavy drinking, but if you can find that special vintage, drink deep.

They have drunk one cup of the pure wine
And have become -- at last, at long last -- real Sufis.