Every tan rolling meadow will turn into housing
Freeways are clogged all day
Academies packed with scholars writing papers
City people lean and dark
This land most real
As its western-tending golden slopes
And bird-entangled central valley swamps
Sea-lion, urchin coasts
Southerly salmon-probes
Into the aromatic almost-Mexican hills
Along a range of granite peaks
The names forgotten,
An eastward running river that ends out in desert
The chipping ground-squirrels in the tumbled blocks
The gloss of glacier ghost on slab
Where we wake refreshed from ten hours sleep
After a long day's walking
Packing burdens to the snow
Wake to the same old world of no names,
No things, new as ever, rock and water,
Cool dawn birdcalls, high jet contrails.
A day or two or million, breathing
A few steps back from what goes down
In the current realm.
A kind of ice age, spreading, filling valleys
Shaving soils, paving fields, you can walk in it
Live in it, drive through it then
It melts away
For whatever sprouts
After the age of
Frozen hearts. Flesh-carved rock
And gusts on the summit,
Smoke from forest fires is white,
The haze above the distant valley like a dusk.
It's just one world, this spine of rock and streams
And snow, and the wash of gravels, silts
Sands, bunchgrasses, saltbrush, bee-fields,
Twenty million human people, downstream, here below. 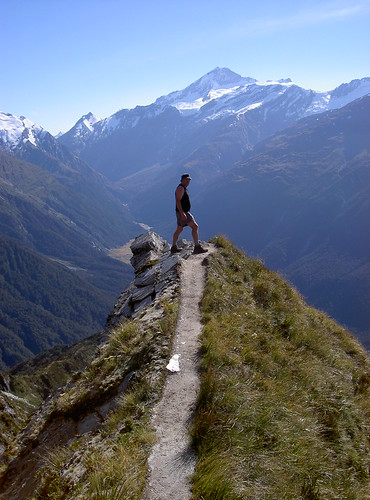 
View All Poems by Gary Snyder

I was born in a city, lived most of my life in urban environments. I know how real and all-encompassing that bustling, hard-shelled and angular world can seem. But at age 19 I discovered Thoreau, and I spent my 20s and early 30s seeking ways to live more deeply at home in the dark green embrace of forests and mountains. As a city boy born and bred, I was desperate not to lose my connection with what Gary Snyder here calls "This land most real."

We humans are fundamentally creatures of community. We instinctively seek one another out and know ourselves through the eyes of our loved ones. But we must never forget that the worlds we create for ourselves, the ever more complex structures necessary to house the human social endeavor -- that it is all a human dream. It only has substance so long as it is well-rooted in the living reality of the natural world, which is home to us all. We must all regularly walk among trees and wild grasses and desert plains. Even in the city, we discover dandelions rising through cracked sidewalks, foxes and possums, and ancient streambeds still running through metal pipes. We need to remember the reality of the soil beneath our feet. In the midst of the human dream, pause periodically, take a deep breath, and remember what is real.

We need that sense of the wild. Every human construction has a human purpose -- a good thing, in its place. And every human creation has a name. To dwell in human spaces is to be surrounded by words and definitions. But the world of nature affronts us by existing before human names and purposes, beyond them, in spite of them.

Wake to the same old world of no names,
No things, new as ever...

Sure, you can name a tree, categorize it, safely identify it. But that tree exists, living the fullness of its quiet life, even if in its long history no man ever stood before it and labeled it a "pine." It knows itself already and mysteriously encounters the sun each day, nameless.

I think this is what Gary Snyder is suggesting to us -- that this is one of the great lessons for humans encountering deep nature: the ability to remain nameless, to live dynamically and without the safety and limitation of definitions. When we stop naming and categorizing the world as we encounter it, we stop turning the world into a collection of "things." The moment an encounter becomes a "thing" to us, it is separated from us and on some level it is dismissed from our awareness. We have identified it, so we move on. But a thing unnamed is ever new to us, and not a thing at all; it startles us with its existence. Unnamed, it is not separate from us, and so it tells us of ourselves.

A day or two or million, breathing...

What do you think? A day for encountering the unnamed world...?