The jeweled cloud sways overhead,
waiting.
Meanwhile, our cells are turning to air,
finer and finer arrangements of light. 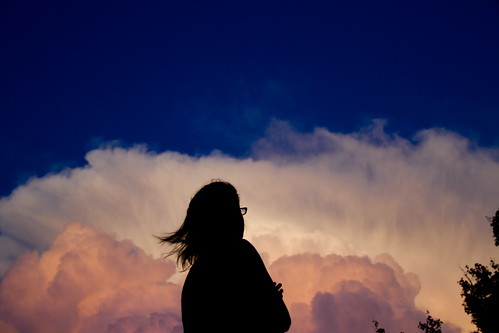 View All Poems by Dorothy Walters

In these few brief lines, the poet seems to be exploring how spiritual transformation is also a physical transformation down to the cellular level. Our bodies become "finer and finer arrangements of light..." What a great line! I imagine the body as a shimmering web of filaments and cells, somehow elevated, made lighter, subtler, and vivified by the infusion of new awareness so the body's network reorganizes itself into ever more artistic patterns of itself.

You'll find intimations of this idea in various sacred traditions. The body of light. The body of bliss. Having a new body in Christ. The Kabbalist's Merkava. The perfected body in alchemy. The shaman's body. The adamantine body in Yoga and Buddhism. The Taoist's immortal body.

What most mystics speak of with these terms is that the body has been recollected into the full awareness: It is whole, complete. The body knows itself and knows it is alive. It finally feels the stream of life running through it. Most importantly, the body becomes a vehicle capable of participating in the greater wholeness of divine union.

Meanwhile, our cells are turning to air,
finer and finer arrangements of light.