I said I will find what is lowly
and put the roots of my identity
down there:
each day I'll wake up
and find the lowly nearby,
a handy focus and reminder,
a ready measure of my significance,
the voice by which I would be heard,
the wills, the kinds of selfishness
I could
freely adopt as my own:

but though I have looked everywhere,
I can find nothing
to give myself to:
everything is

magnificent with existence, is in
surfeit of glory:
nothing is diminished,
nothing has been diminished for me:

I said what is more lowly than the grass:
ah, underneath,
a ground-crust of dry-burnt moss:
I looked at it closely
and said this can be my habitat: but
nestling in I
found
below the brown exterior
green mechanisms beyond the intellect
awaiting resurrection in rain: so I got up

and ran saying there is nothing lowly in the universe:
I found a beggar:
he had stumps for legs: nobody was paying
him any attention: everybody went on by:
I nestled in and found his life:
there, love shook his body like a devastation:
I said
though I have looked everywhere
I can find nothing lowly
in the universe: 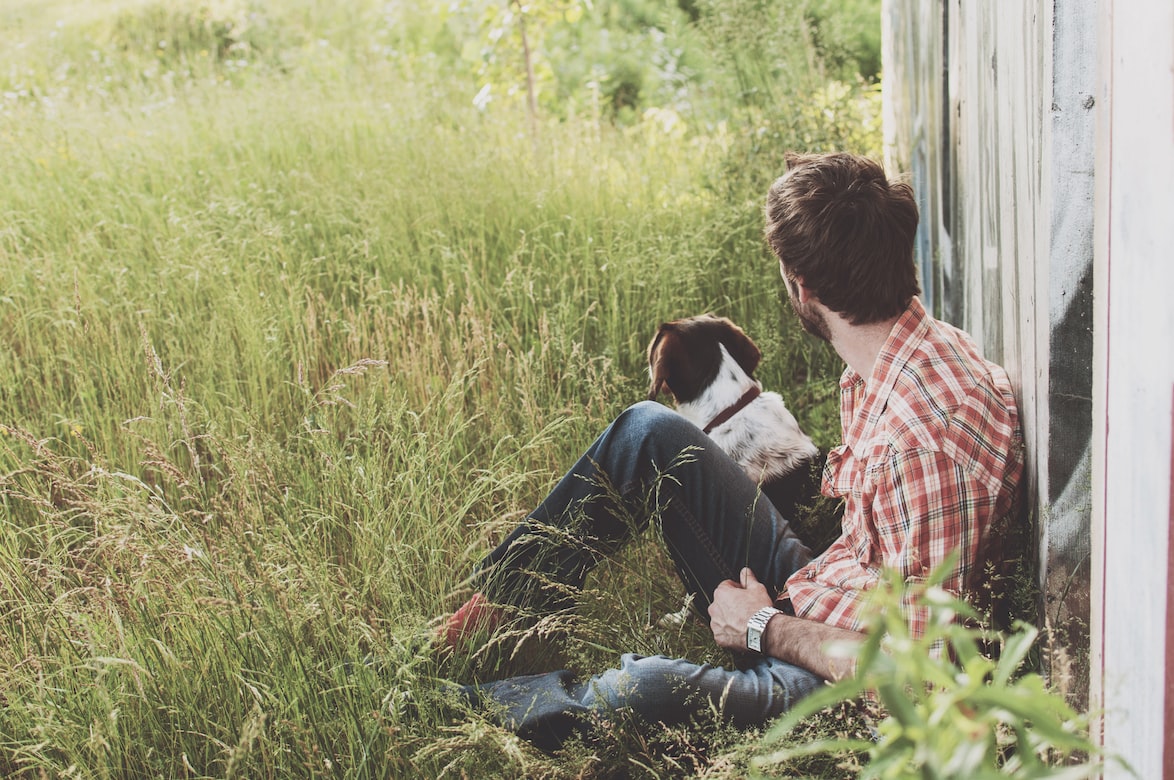 
View All Poems by A. R. Ammons

What a stunning poem! It brings our awareness down, down into the root of being.

There are several wonderful lines, but I want to explore where A. R. Ammons has chosen to break his lines.

I said I will find what is lowly
and put the roots of my identity
down there:

This may sound strange. Why try to find the lowest of simplest level of existence? What is his instinct to become that next to nothing?

I have always had a love of the natural world. On my walks, I often delight in the majestic turn of a trunk on a great tree. Or the unexpected encounter with wildlife. Or being brought to a halt by the brilliant color of a single wildflower at the edge of a pathway. But you know what I keep coming back to? The grass. Looking at a field of grass. Whether neatly trimmed in a yard or wild and uneven in a field. Sometimes, on an early morning, I will step outside and sit and contemplate the dew-covered grass outside my back door. Grass, anonymous in its abundance. The grass we unthinkingly walk over every day. Grass, undistinguished and unnoticed. There is so much life there! Grass embodies a vibrant acceptance and selflessness. In the natural world, it is a reminder of humility -- but filled with life and connection!

That instinct is important on the spiritual path. Humility. I know the word can trigger negative reactions. When laden with cold piety, it can sound bleak and lifeless. But, when we approach the world with genuine, simple humility, the world opens us up... we open up. We discover simplicity, and in that a new self and a new freedom. We discover expansive feelings of joy and interconnection that are not dependent on projecting a certain identity or set of experiences. As we remove ourselves from the center of all our perceptions, we begin to feel greater empathy at all levels. Our compassion awakens. We become new beings.

Ultimately, this quest for the simple self is a rebellion against the prison of the ego's tyranny. We can be simply and naturally who we really are.

As the poet looks through the world for what is lowly, he comes to a realization:

I can find nothing
to give myself to:
everything is

When we really notice, however, even the most humble and lowly reveals itself to be full of wonder, holding unknown worlds.

Read each of the above lines separately. "I can find nothing," he says, and only parenthetically adds, "to give myself to."

He doesn't simply say, "everything is magnificent with existence." He breaks the line emphatically. "Everything is!" he proclaims. Being, the pure existence of things, is itself what is "magnificent." His strong line break drives home this truth by requiring us to read the line as two distinct statements which the mind only later pieces together to form a single sentence.

Another line break to contemplate:

nestling in I
found

He is saying two things at once with the line break here. The surface reading could be paraphrased as, "I found while I was nestling in..." But another reading is, "Nestling in myself, I (am) found."

The final stanza might encourage the second, more mystical reading:

I don't want to pass by the line about the beggar -- "there, love shook his body like a devastation."

though I have looked everywhere
I can find nothing lowly
in the universe...