And now to the Abyss I pass
Of that Unfathomable Grass...

1.
Dear relatives and friends, when my last breath
Grows large and free in air, don't call it death --
A word to enrich the undertaker and inspire
His surly art of imitating life; conspire
Against him. Say that my body cannot now
Be improved upon; it has no fault to show
To the sly cosmetician. Say that my flesh
Has a perfect compliance with the grass
Truer than any it could have striven for.
You will recognize the earth in me, as before
I wished to know it in myself: my earth
That has been my care and faithful charge from birth,
And toward which all my sorrows were surely bound,
And all my hopes. Say that I have found
A good solution, and am on my way
To the roots. And say I have left my native clay
At last, to be a traveler; that too will be so.
Traveler to where? Say you don't know.

2.
But do not let your ignorance
Of my spirit's whereabouts dismay
You, or overwhelm your thoughts.
Be careful not to say

Anything too final. Whatever
Is unsure is possible, and life is bigger
Than flesh. Beyond reach of thought
Let imagination figure

Your hope. That will be generous
To me and to yourselves. Why settle
For some know-it-all's despair
When the dead may dance to the fiddle

Hereafter, for all anybody knows?
And remember that the Heavenly soil
Need not be too rich to please
One who was happy in Port Royal.

I may be already heading back,
A new and better man, toward
That town. The thought's unreasonable,
But so is life, thank the Lord!

3.
So treat me, even dead,
As a man who has a place
To go, and something to do.
Don't muck up my face

With wax and powder and rouge
As one would prettify
An unalterable fact
To give bitterness the lie.

Admit the native earth
My body is and will be,
Admit its freedom and
Its changeability.

Dress me in the clothes
I wore in the day's round.
Lay me in a wooden box.
Put the box in the ground.

4.
Beneath this stone a Berry is planted
In his home land, as he wanted.

He has come to the gathering of his kin,
Among whom some were worthy men,

Farmers mostly, who lived by hand,
But one was a cobbler from Ireland,

Another played the eternal fool
By riding on a circus mule

To be remembered in grateful laughter
Longer than the rest. After

Doing that they had to do
They are at ease here. Let all of you

Who yet for pain find force and voice
Look on their peace, and rejoice. 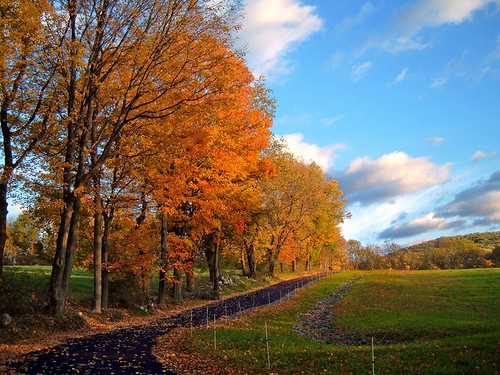 
View All Poems by Wendell Berry

I dedicate today's poem to my father, Steven Charles Granger. He died late last week. I got word over the weekend that he passed away in his sleep in Varna, along the Black Sea of Bulgaria, where he had retired.

My father was a poet, an artist, and a teacher. Although he was born and raised in America, he lived much of his life as an expatriate, taking teaching jobs in universities all over the world, including in Iran before the revolution in the late 1970s and more recently in Saudi Arabia for several years.

My parents divorced when I was quite young, and with his travels, my father was in some ways a stranger to me -- but many sons can say that of their fathers. We also had our personality clashes; there was even a period of a few years when we didn't speak with each other, but that rift was finally healed several years ago.

So much shared history of distances and misunderstandings, with surprising connections, mutual recognition, and moments of pure delight. When I peer through all that and simply see the man, not even my father, but just the man, I can honestly say I see a good man. And I see a man who felt a deep love for his three children. I'm not sure everyone can say that, and so I was blessed to call him my father.

When a parent passes-- who then wears the mask of father or mother? This is part of the grief of losing a parent, the loss not only of the person, but of the archetype. That energy passes back to us, it becomes internal to us. That's the final challenge and blessing they leave us with, to integrate into ourselves what they represented to us. What they gave us, we must become.