Lie back daughter, let your head
be tipped back in the cup of my hand.
Gently, and I will hold you. Spread
your arms wide, lie out on the stream
and look high at the gulls. A dead-
man's float is face down. You will dive
and swim soon enough where this tidewater
ebbs to the sea. Daughter, believe
me, when you tire on the long thrash
to your island, lie up, and survive.
As you float now, where I held you
and let go, remember when fear
cramps your heart what I told you:
lie gently and wide to the light-year
stars, lie back, and the sea will hold you. 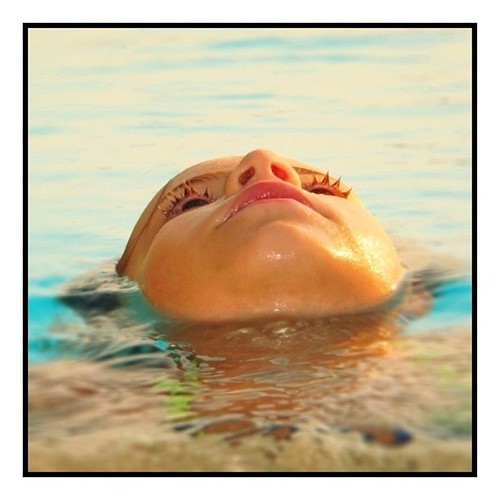 
View All Poems by Philip Booth

A father teaching his daughter to swim. The first lesson, how to float. He cradles her head in his hands and tells her to spread her arms and relax, looking up at the sky.

Very quickly this becomes a metaphor for life. Soon she will swim confidently. But it is a long effort to reach her "island." When exhaustion inevitably sets in and fear seizes the heart, that first lesson comes back: rather than struggle, just rest, trust, lean back, float. Watch the stars.

the sea will hold you.