I'm ceded--I've stopped being Theirs

I'm ceded--I've stopped being Theirs--
The name They dropped upon my face
With water, in the country church
Is finished using, now,
And They can put it with my Dolls,
My childhood, and the string of spools,
I've finished threading--too--

Baptized, before, without the choice,
But this time, consciously, of Grace--
Unto supremest name--
Called to my full--The Crescent dropped--
Existence's whole Arc, filled up,
With one small Diadem.

My second Rank--too small the first--
Crowned--Crowing--on my Father's breast--
A half unconscious Queen--
But this time--Adequate--Erect,
With Will to choose, or to reject,
And I choose--just a Crown-- 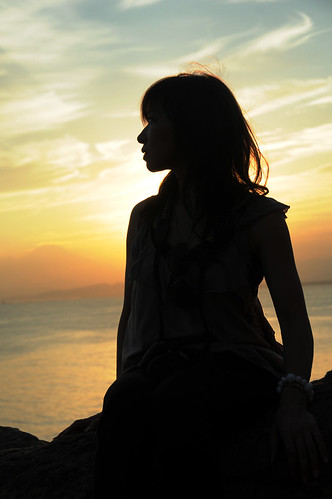 
View All Poems by Emily Dickinson

I believe this poem belongs among the great enlightenment poems. At the same time its words pointedly cut at religious convention.

Something has happened. Something that makes Emily Dickinson erupt from the opening lines, fiercely asserting that she is "ceded," that she has "stopped being Theirs." This is a proclamation of supreme yielding or dying to oneself that is also her escape into freedom.

She no longer has use for "The name They dropped upon my face" when she was baptized. That name is now something that she has set aside with other childish things. Not just set aside, it has fallen away. Her social identity, the person "They" call Emily has ceased to exist. She has discovered herself to be something larger, more essential, more true. She has exploded into an identity so immense and all-encompassing that it is the "supremest name" -- the Ultimate, the Absolute. She has been "Called to my full," a state of awareness in which "Existence's whole Arc" is "filled up."

But also notice the iconoclastic way she refers to baptism. The first baptism was a baptism given to her "without the choice" and imposes upon her a name that is "too small," that must be grown out of and abandoned. She implies that that first baptism initiated her into the social world, not the spiritual one. That name that "They dropped upon my face" had trapped her, making her "Theirs," somehow controlled and contained by societal conventions represented by the "country church." She contrasts this with being "Crowned," a second baptism, but one received inwardly, "consciously, of Grace." She implies that this second baptism is the real anointing that gives true freedom, not the baptism she received as a child. For much of the Christian world that is a dangerous assertion even today, a century and a half later. Her words challenge fellow Christians to seek the inner anointing, of which the outer baptism is a reflection.

The last line particularly grabs my attention, "And I choose--just a Crown--" Rather than choosing (or rejecting) a new name or renewed social ego, she possesses the clarity and "Will" to choose instead to reside in the immensity of this "supremest name." What else needs to be said?