I Witnessed My Maker

I witnessed my Maker with my heart's eye.
I asked, 'Who are You?' He answered, 'You!'

For You one cannot ask, Where?
Because where is Where for You?

You do not pass through the imagination
Or else we'll know where You are.

You are He who is everywhere
Yet You are nowhere. Where are You? 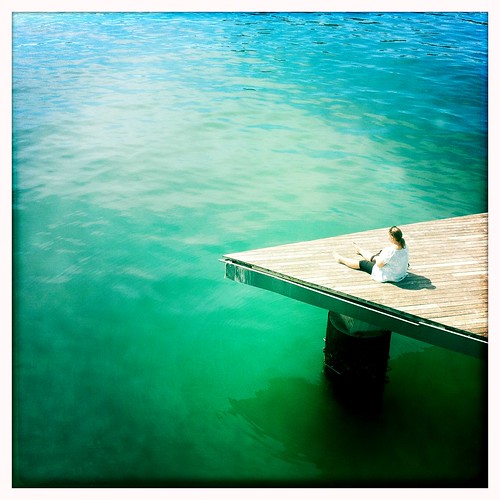 The middle couplets of this poem taunt the mind with the question, "Where is God?" The dilemma of these riddling lines says as much about the limitations of language and mind as it does about the nature of God. The cognizant mind, the mind that comprehends the world, claims all knowledge ultimately through the physical senses. When we trace the foundations of the intellect, we always come down to what has been perceived through the senses. Of course, as the individual grows and the mind matures, we build thoughts upon thoughts, creating elaborate confectionary structures of related information. This ability of the mind is profound and powerful, but let us never forget that it is ultimately limited. Through metaphor, it can imagine possibilities beyond the physicality of the world, but it cannot directly perceive the transcendent unity it tries to imagine.

This is why mystics and sacred traditions throughout the world find ways to gracefully, playfully, sometimes fiercely step beyond the limited mind into the wider witnessing awareness. This is why we have meditation and trance. This is why we have koans and crazy wisdom. You can't think your way to heaven. But, with an open, seeing heart, with a quiet mind, we can witness it.

And this is where the ego self comes in. The mind that is thinking thinking thinking, is the ego's pet. The ego goads the thinking mind into constant, obsessive activity. That activity continuously reinforces the illusion that the ego is king, the individual's ruler and very being. The very notion of pausing in thought can be terrifying because the ego has convinced us that is the same as death. The ego may be threatened, but the true self is not.

Isn't that a delightful, twisty wordplay?

When the mind, along with the psychic tensions it is composed of, comes to deep stillness, the ego self vanishes like a phantom in the daylight. That is the annihilation sought by all sacred pathways -- the death of the little self. But in the loss of that little self we encounter a much greater sense of self, an immense, blissful, deathless sense of Being. This is the end of annihilation, "annihilation's annihilation" for one finally has tasted something of the Eternal. And the most difficult thing for mystics to articulate-- That blissful, vast being is not 'out there' and separate; it is somehow our very self.

I Witnessed My Maker