The Face of God

Lovely face, majestic face,
face of beauty, face of flame,
the face of the Lord God of Israel
when He sits upon His throne of glory,
robed in praise upon His seat of splendour.
His beauty surpasses
the beauty of the aged,
His splendour outshines
the splendour of newly-weds
in their bridal chamber.

Happy the King
who has such servants,
and happy the servants
who have such a King.
Happy the eye
that sees
and feeds
upon this wondrous light --
a wondrous vision
and most strange! 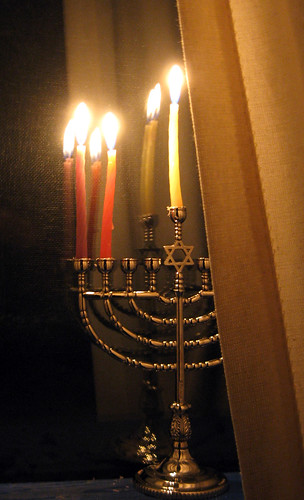 This song inspired by the face of God strongly hearkens back to the Aaronic or Priestly Blessing from the Torah (Numbers 6:24 - 27):

There are several strong images of Merkavah mysticism in this ancient song. We have a few references to the "wheel of the chariot." The word Merkavah can be literally translated as "chariot" or "chariot of light." It is the vehicle that mediates between the awareness of the devout mystic and the heavenly realms. This wheel imagery also evokes Ezekiel's vision of a heavenly wheel, often seen as the definitive vision of the Merkavah by Jewish mystics.

The Merkavah is also described as the shining "seat of the Most High." Someone looking for yogic parallels might see the Merkavah as representing the scintillating crown chakra.

I love the line, "Whoever looks at Him / immediately melts away." According to a translator's note, the literal phrase is something like "Whoever looks at him is emptied like a ladle." What a beautiful metaphor for how, overcome with the vision of God, the ego-self pours into that vastness. It suggests release, emptiness, purification, while at the same time a merging with the immense vision of the Divine.

The song continues with the lines:

It is not that mystics at this stage stop serving God; rather, that there is no separate individual left to do the serving. Their "faces are charred" -- the separate identity is lost in the splendor of the vision. And when their "eyes grow dim," it is not that they go blind in the literal sense; instead, the normal vision of multiplicity is lost. This radiant vision of oneness is described by many mystics as a sort of blindness. You may see the surface and form of things, but beneath it all is only the one radiance.

I'm also fascinated by the lines:

We've got a total reversal that also suggests a total unity. Opposites flip and become the other until no sense of polarity can remain. You find similar lines in the great Gnostic work the Gospel of Thomas. Everything is flipped, reversed, to be set back into proper order.

And near the end:

These lines suggest to me the merging of the ego-self and the endless multiplicity of the universe into the divine unity, until the "other / is like the visage of the one."

And continuously we return to the vision of mysterious, soul-nourishing light:

Happy the eye
that sees
and feeds
upon this wondrous light --
a wondrous vision
and most strange!

The Face of God