into morning-glories
with one shoulder bare...
holy man 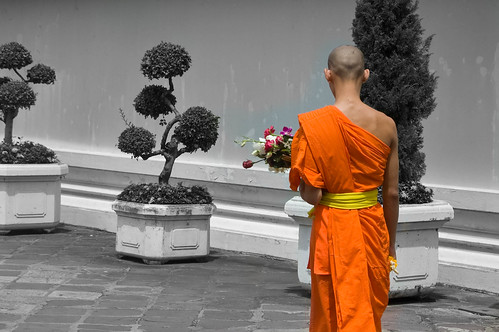 I was hesitant to attach a photograph to this haiku because its words paint such a perfect picture of their own. But then I found this beautiful image. The poem paints one picture, the photograph gives us a slightly different one. I find myself wanting to contemplate them both.

Time to step into morning glories...