A Practical Program for Monks

1
Each one shall sit at table with his own cup and spoon, and with his own repentance. Each one's own business shall be his most important affair, and provide his own remedies.
They have neglected bowl and plate.
Have you a wooden fork?
Yes, each monk has a wooden fork as well as a potato.

2
Each one shall wipe away tears with his own saint, when three bells hold in store a hot afternoon. Each one is supposed to mind his own heart, with its conscience, night and morning.
Another turn on the wheel: ho hum! And observe the Abbot!
Time to go to bed in a straw blanket.

3
Plenty of bread for everyone between prayers and the psalter: will you recite another?
Merci, and Miserere.
Always mind both the clock and the Abbot until eternity.
Miserere.

4
Details of the Rule are all liquid and solid. What canon was the first to announce regimentation before us? Mind the step on the way down!
Yes, I dare say you are right, Father. I believe you; I believe you.
I believe it is easier when they have ice water and even a lemon.
Each one can sit at table with his own lemon, and mind his own conscience.

5
Can we agree that the part about the lemon is regular?
In any case, it is better to have sheep than peacocks, and cows rather than a chained leopard says Modest, in one of his proverbs.
The monastery, being owner of a communal rowboat, is the antechamber of heaven.
Surely that ought to be enough.

6
Each one can have some rain after Vespers on a hot afternoon, but ne quid nimis, or the purpose of the Order will be forgotten.
We shall send you hyacinths and a sweet millennium.
Everything the monastery provides is very pleasant to see and to sell for nothing.
What is baked smells fine. There is a sign of God on every leaf that nobody sees in the garden. The fruit trees are there on purpose, even when no one is looking. Just put the apples in the basket.
In Kentucky there is also room for a little cheese.
Each one shall fold his own napkin, and neglect the others.

7
Rain is always very silent in the night, under such gentle cathedrals.
Yes, I have taken care of the lamp, Miserere.
Have you a patron saint, and an angel?
Thank you. Even though the nights are never dangerous, I have one of everything. 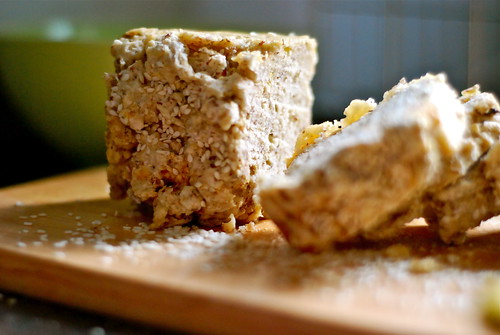 
View All Poems by Thomas Merton

I really love this stream of consciousness poem. Merton takes all of the little routines and hierarchies and internal dialog of Catholic monastic life, and pokes fun at them while, at the same time, he elevates them to the level of sacred ritual. There is something profoundly honest about this poem... a playful, unadorned bluntness that is both frank and humble.

Each one can sit at table with his own lemon, and mind his own conscience.