I beheld my essence

I beheld my essence. What I saw
Was like the very light of the eye itself:
How wonderful that a single Essence should
Refract itself like a light, a single source
Into a million essences and hues.
The being of the lover and Beloved
Are the same, for where is Love without
A lover and Beloved to be found?
Behold His Essence by His Light, that you
May be yourself the seer and the Seen.
I have wandered through the essences
And found that His Reality makes up
The essence of all beings. To ourselves
We manifest ourselves; were it not so
There could be no relationship between
The One and many. Now then, go beyond
Relation, go beyond the going-beyond
Till there remains no body, soul or being.
"All that is must perish save His face"
And in His Being ours is burned to ash.
At last I see that vision of Him requires
A subject and an object: I and He.
And yet the Essence is the same, sometimes
A wave upon the sea, sometimes the sea;
Sometimes the eye, sometimes the object of
The eye. Whoever sees this ocean knows
Our essence as we know it in ourself.
We are the waves and yet in essence we
Are not different from the sea: Reality
Is one but shows itself as two: subject
And object, two in manifestation
But not in Essence: only one Existence
Though countless its attributes. The mystery
Is still too deep for all to understand,
For all to grasp: the supraformal Essence
Is the Beloved and the formal self
The lover -- but if you switch the terms around
The statement still remains unchanged and true.
Or if you say the cup and wine are one
That too is true, as true as if you claim
That cup is cup and wine is wine; or if
You say that one is us, the other Him.
Regard these different levels of the truth
As "relatively absolute" and find
The subtle occult truth. Then... WA SALAAM!
The relativity of intellect
Results in statements which must contradict
Each other on the level of the mind
And yet beyond the mind both are correct.
Sometimes I am Mahmud, sometimes Ayaz
Sometimes I glorify myself, sometimes
I sing the other: lover and Beloved.
So from time to time I change and play
Both roles, and then a third one: Love itself.
Thus spoke Mustafa, beloved of God:
Go, search for the one who has enslaved your heart
Within your heart. There find the satisfaction
Of your soul at last. Seek Ne'matollah, find
All that you seek -- and all that you require
Will then be found in me, as you desire. 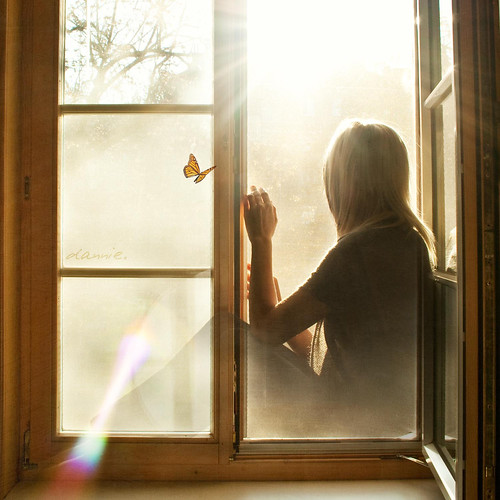 Today's poem is a striking meditation on the fluid nature of relating to God as both separate from oneself -- "I" and "Thou" -- yet also recognizing how that duality naturally flows into the nondualistic realization of God as one's very nature.

We start off with this poetically beautiful but rather confusing statement:

I beheld my essence. What I saw
Was like the very light of the eye itself

What does it mean to perceive one's essence as if it were the "light of the eye itself"? In the medieval period, one of the questions being wrestled with was how the eye saw. One of the theories commonly in circulation was that a light was projected from the eye and whatever that light fell on the eye saw.

From a modern point-of-view, that seems like an odd idea, but we can also understand it as saying something about the nature of consciousness. There is an inner center of radiant awareness. When we project it outward, we perceive the outer world. We see everything "out there," but we don't typically see the radiance with which we see. We see people and things in our environment, but we don't commonly see who is seeing. This creates the illusion that everything external is real and the internal self is somehow unreal.

The poet is saying that, when we finally witness our essence directly, we witness the light of consciousness itself. We finally see the light by which we see, the light of the eye. We see the one who sees.

A wave upon the sea, sometimes the sea;
...
We are the waves and yet in essence we
Are not different from the sea: Reality
Is one but shows itself as two: subject
And object, two in manifestation
But not in Essence: only one Existence
Though countless its attributes.

How the intellect must summersault and dance about to conceive of this truth! To speak of it the masters shift about, playing games of perspective until the students understand:

I sing the other: lover and Beloved.
So from time to time I change and play
Both roles, and then a third one: Love itself.

I beheld my essence