I drink no ordinary wine

I drink no ordinary wine,
but Wine of Everlasting Bliss,
As I repeat my Mother Kali's name;
It so intoxicates my mind that people take me to be drunk!
First my guru gives molasses for the making of the Wine;
My longing is the ferment to transform it.
Knowledge, the maker of the Wine,
prepares it for me then;
And when it is done,
my mind imbibes it from the bottle of the mantra,
Taking the Mother's name to make it pure.
Drink of this Wine, says Ramprasad,
and the four fruits of life are yours. 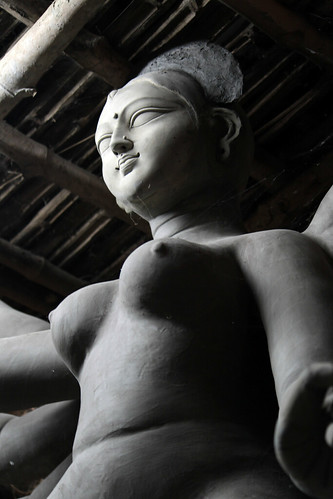 As with so many poems describing the experience of ecstatic union, this poem refers to wine, but "no ordinary wine."

The "molasses" given by the guru to make the wine of sacred bliss is diksha or shaktipat -- the energetic initiation given by a guru, usually accompanied by a mantra, in order to begin the process of awakening the Kundalini force within the seeker.

His intense desire or longing for God, the Divine Mother, "ferments" that energy, causing it to bubble and expand, giving it a vitality of its own.

When its expansion is complete, through spiritual practice and devotion, the Kundalini Shakti rises from the seat to the crown, complimented by the descending of a divine current that has a sweetness in the mouth and throat that is like drinking a heavenly liquid.

"Drink of this Wine, says Ramprasad" -- indeed, we should!

I drink no ordinary