Thus while the days flew by, and years passed on (from The Prelude, Book 2)

Thus while the days flew by, and years passed on,
From Nature and her overflowing soul,
I had received so much, that all my thoughts
Were steeped in feeling; I was only then
Contented, when with bliss ineffable
I felt the sentiment of Being spread
O'er all that moves and all that seemeth still;
O'er all that, lost beyond the reach of thought
And human knowledge, to the human eye
Invisible, yet liveth to the heart;
O'er all that leaps and runs, and shouts and sings,
Or beats the gladsome air; o'er all that glides
Beneath the wave, yea, in the wave itself,
And mighty depth of waters. Wonder not
If high the transport, great the joy I felt,
Communing in this sort through earth and heaven
With every form of creature, as it looked
Towards the Uncreated with a countenance
Of adoration, with an eye of love.
One song they sang, and it was audible,
Most audible, then, when the fleshly ear,
O'ercome by humblest prelude of that strain
Forgot her functions, and slept undisturbed. 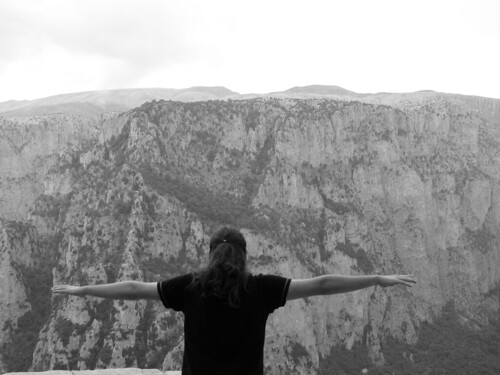 
View All Poems by William Wordsworth

Thus while the days