As air carries light poured out by the rising sun

As air carries light poured out by the rising sun,
As the candle spills away beneath the flame's touch,
So too does the soul melt when ignited by light,
its will now gone.
Lost within this light,
the soul, dying to itself, in majesty lives on.

Why fish among the waves for wine
Spilled into the sea?
It has become the ocean.
Can wine once mingled be drawn again from water?
So it is with the soul drowned in light:
Love has drunk it in,
changed it, mixed it with truth,
until it is entirely new.

The soul is willing and yet unwilling,
For there is nothing the soul now seeks,
save for this beauty!
No longer does it hunger or grasp,
so emptied by such sweetness.
This supreme summit of the soul rises
from a nothingness shaped
and set within the Lord. 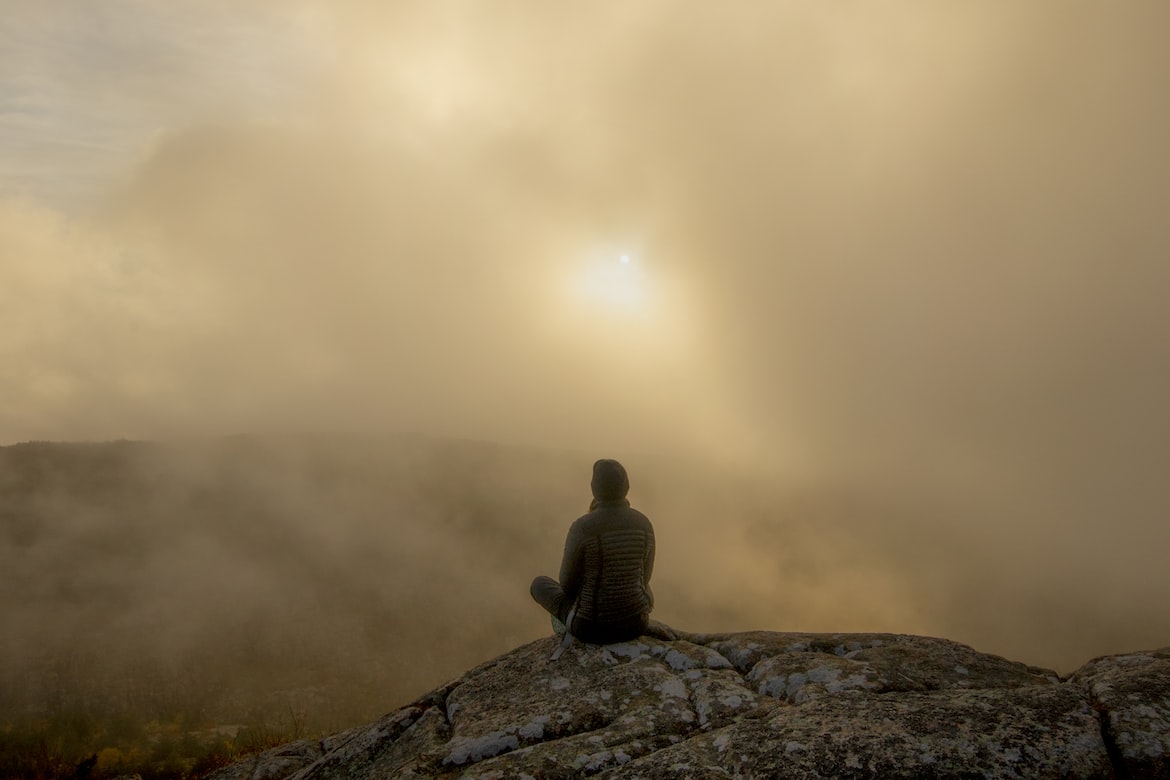 As air carries light poured out by the rising sun,
As the candle spills away beneath the flame's touch,
So too does the soul melt when ignited by light...

With these recognizable images, we begin to get an idea of how the soul is transformed in exalted states. Flooded by the light of illumination, we, like wax near a fire, melt. The self is no longer a fixed, hardened thing, but something fluid and formless. In this dynamic state, the soul loses its dull opacity, becoming clear, allowing the light to shine through it.

Lost within this light,
the soul, dying to itself, in majesty lives on.

The old, inanimate self melts away, becoming a new and fluid being that expresses itself through yielding. In its yielding, the soul discovers its real life.

So it is with the soul drowned in light:
Love has drunk it in,
changed it, mixed it with truth,
until it is entirely new.

The spiritual concept of surrendering the will is difficult to accept in any age, but especially so in the modern era when accomplishment through aggressive exercise of the will is idolized.

The soul is willing and yet unwilling...

The most immediate objection is that without will, we can do nothing. On a certain level, we prove our existence by acting in the world, right?

When deeply examined, however, the will is revealed to be more complex than we might casually think. There are different expressions of will. On one level, will is volition or the impulse to act. Will can be our sense of firm determination. Will is also the capacity to choose, our free will.

Mystics regularly use terms like “self-will” to express a further understanding of what the will is and how it works. We can say that self-will is selfish will, as opposed to the willingness to be of service. Or we might say that self-will is willfulness, when we are consumed by our own private purposes and no longer pay attention to feedback from other people or the environment. But there is more to self-will than that.

Self-will isn't always cruel or destructive, at least not in obvious ways. It is quite possible to perform great philanthropic works and still have it be an expression of self-will, for example. Self-will is will that is under the control of the ego. Its actions serve and reinforce the ego. Self-will renews the trance of the ego-self.

Most of what we call will is involved somehow in self-will. But the opposite of self-will is not inaction. There is another form of will that does not originate with the ego and does not constantly return our attention to it. This selfless will is potent, yet it is not our own. To unleash this other will in our lives requires an elegant balance between yielding and stepping forward, between selflessness and presence. We engage in action, but we are not the actors. What we normally think of as the self is not directing the action.

This frees up a great amount of trapped psychic energy, and we become awestruck witnesses to the unexpected grace and power of life acting through us -- a vision of immense beauty!

For there is nothing the soul now seeks,
save for this beauty!

I want to say how profoundly touched I am by the many messages I have received wishing me well through this upcoming move. I haven't been able to respond to every note, but I have read them all. Here is something I wrote to someone else also going through a move that I thought might be worth sharing:

"So much goes into a move, doesn't it? It is not just planning and boxing and cleaning. A move becomes a sort of life review. We sift through all the things we have accumulated, furniture, books, mementos, every little thing that fills our living spaces. Each item reminds us of a memory, a time we purchased it, or when it was given to us. It can be an emotional process, reminding us of the stories of our lives, asking us what from our past we want to carry forward into the next phase."

It's a bit of a whirlwind around here right now, but we are so looking forward to this new phase, both personally and with the Poetry Chaikhana. We're trying to catch the current in the midst of all the activity...

We have raised nearly two thirds of our $5,000 goal to help with the move!

The donations coming in to help with this move have been so generous! Many donations of $10, $20 and $30 have come in, along with several donations of larger amounts. I know that sometimes the smallest contributions mean the most, because they are often the most difficult to send. I am grateful to you all!

If you are still thinking of making a contribution -- it is certainly welcome. It would be wonderful to reach that $5,000 goal. But if finances are too tight to send something right now, I genuinely understand. Your good wishes help too. And a friendly note of support arriving in my in-box or in the mail is always a welcome sight!

Thank you so much, everyone, for your help and encouragement through this big move. I look forward to working with you and watching the Poetry Chaikhana adapt and change in its new home!