Archive for the 'Stories' Category

I often get asked what a “chaikhana” is. The short answer is that it is a tea house. (Chai = tea). The inevitable second question is, why a “poetry chaikhana”? What does poetry, especially sacred poetry, have to do with tea? The act of sipping tea naturally has a contemplative quality to it, but there’s a deeper reason why I chose the name Poetry Chaikhana all those years ago. It was inspired by a Sufi story– In ancient times, tea was not known outside China. Rumours of its existence had reached the wise and the unwise of other countries, and each tried to find out what it was in accordance with what he wanted or what he thought it should be.

The King of Inja (‘here’) sent an embassy to China, and they were given tea by the Chinese Emperor. But, since they saw that the peasants drank it too, they concluded that it was not fit for their royal master: and, furthermore, that the Chinese Emperor was trying to deceive them, passing off some other substance for the celestial drink.

The greatest philosopher of Anja (‘there’) collected all the information he could about tea, and concluded that it must be a substance which existed but rarely, and was of another order than anything then known. For was it not referred to as being an herb, a water, green, black, sometimes bitter, sometimes sweet?

In the countries of Koshish and Bebinem, for centuries the people tested all the herbs they could find. Many were poisoned, all were disappointed. For nobody had brought the tea-plant to their lands, and thus they could not find it. They also drank all the liquids which they could find, but to no avail.

In the territory of Mazhab (‘Sectarianism’) a small bag of tea was carried in procession before the people as they went on their religious observances. Nobody thought of tasting it: indeed, nobody knew how. All were convinced that the tea itself had a magical quality. A wise man said: ‘Pour upon it boiling water, ye ignorant ones!’ They hanged him and nailed him up, because to do this, according to their belief, would mean the destruction of their tea. This showed that he was an enemy of their religion.

Before he died, he had told his secret to a few, and they managed to obtain some tea and drink it secretly. When anyone said: ‘What are you doing?’ they answered: ‘It is but medicine which we take for a certain disease.’

And so it was throughout the world. Tea had actually been seen growing by some, who did not recognize it. It had been given to others to drink, but they thought it the beverage of the common people. It had been in the possession of others, and they worshipped it. Outside China, only a few people actually drank it, and those covertly.

Then came a man of knowledge, who said to the merchants of tea, and the drinkers of tea, and to others: ‘He who tastes, knows. He who tastes not, knows not. Instead of talking about the celestial beverage, say nothing, but offer it at your banquets. Those who like it will ask for more. Those who do not, will show that they are not fitted to be tea-drinkers. Close the shop of argument and mystery. Open the teahouse of experience.’

The tea was brought from one stage to another along the Silk Road, and whenever a merchant carrying jade or gems or silk would pause to rest, he would make tea, and offer it to such people as were near him, whether they were aware of the repute of tea or not. This was the beginning of the Chaikhanas, the teahouses which were established all the way from Peking to Bokhara and Samarkand. And those who tasted, knew.

At first, mark well, it was only the great and the pretended men of wisdom who sought the celestial drink and who also exclaimed: ‘But this is only dried leaves!’ or: ‘Why do you boil water, stranger, when all I want is the celestial drink?’, or yet again: ‘How do I know that this is? Prove it to me. Besides the colour of the liquid is not golden, but ochre!’

When the truth was known, and when the tea was brought for all who would taste, the roles were reversed, and the only people who said things like the great and intelligent had said were the absolute fools. And such is the case to this day.

In this way, I hope the poems and thoughts I share through the Poetry Chaikhana bring a hint of that celestial drink to your lips. These are poems not to be praised for mere artistry, not to be worshipped from afar, not to be exclusively studied or analyzed. These are poems to be tasted. They are meant to be imbibed until we feel warmth in the belly and sweetness in the heart.

‘He who tastes, knows. He who tastes not, knows not… Close the shop of argument and mystery. Open the teahouse of experience.’

Have a beautiful day! I think I’m going to go to the local teahouse and order a tall glass of tea!

Koan: Tipping Over a Vase

I thought I’d feature a koan, rather than a poem, today. This is something I posted on the blog a about five years back, and it’s been in my mind this morning. A koan today, poetry later in the week. 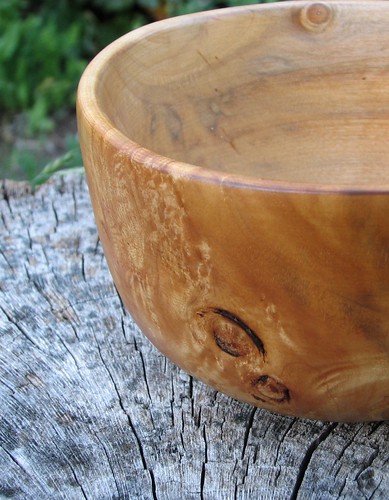 Tipping Over a Vase

Master Hyakujo decided to found a new monastery, but he had the difficult task of selecting from among his disciples the right person to be the new monastery’s abbot. Then he came upon a solution.

Hyakujo called all his disciples together and told them that the person who best answered his question would be named the new abbot. Hyakujo filled a vase with water and set it on the ground before the assembled monks. “Who can tell me what this is without naming it?” he challenged.

The senior disciple stepped forward and answered accurately, “No one can call it a wooden shoe.”

Then Isan, the lowly cook, stepped forward and knocked the vase over with his foot, and walked out of the room.

Master Hyakujo smiled and declared, “My senior disciple has been bested.” Isan the cook was named the new abbot.

What just happened in this story?

One way to understand the meaning of this story is that the water represents Truth or the Dharma. The vase is the vessel that holds that truth, it is the teaching, it is the tradition.

That truth cannot be told, however. Sure, you can use simple words like “Truth” or “Reality,” or you can fill books with complex philosophical explanations. But ultimately those are all words and don’t truly convey what the Truth is. The “water” cannot be named. That is why Master Hyakujo gave this challenge to his disciples.

The lead disciple, clearly a cunning man, sees this as a test of his mental dexterity. If he cannot name the water-filled vessel, he will say what it is not, thus suggesting it by negation. But he has only negated one object in a world of infinite objects. A person can spend a lifetime listing all the things something is not, and never come to the point where only the unnamed thing remains. The lead disciple is trapped on the endless road of the intellect.

But the cook, Isan, understood the situation simply and clearly. He tipped the vase over, emptying the vessel and revealing the water. The truth cannot be told, it can only be shown.

What’s more, the truth cannot be held, it cannot be contained, it can only be poured out. The vase itself, the spiritual tradition, is empty and only has meaning as a vessel to transport the truth. By tipping over the vessel, he is suggesting that we must not worship the tradition itself. Religion, philosophy, spiritual tradition — these are not an end to themselves; they should be respected for their function as a delivery vehicle, but nothing more.

These are the insights that mark one for spiritual authority.