Shiwu (Stonehouse) – Outside the door I made but don’t close

Published by Ivan M. Granger at 7:44 am under Poetry

— from The Zen Works of Stonehouse: Poems and Talks of a 14th Century Chinese Hermit, Translated by Red Pine 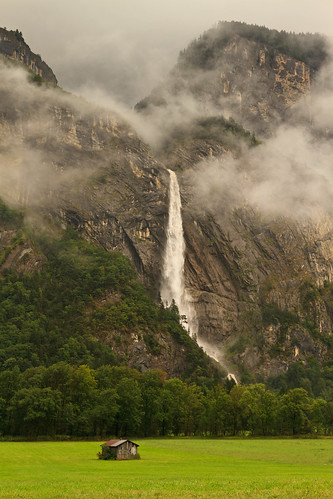 This poem feels to me like a Chinese brush painting, specific details observed suggesting a panoramic landscape, yet when we try to enter the scene it becomes ephemeral and slightly elusive.

That opening line about a door the poet made but does not close, I skimmed past it the first few times I read this poem, but now it grabs my attention. I love the idea of having gone to all the effort of constructing a door and then never using it because you always want it open so you can see and hear the outside world, so no barrier is created between inside and outside.

Two lines to contemplate and dismiss the dilemmas of wealth. People tend to commodify all of existence, placing a price tag on every experience and thing and even other people. A handful of jade is enough to buy an entire mountain. Who says that’s what a mountain is worth? Or what jade is worth? Exchanging that jade for the pretense of owning that mountain, what do we then have? What has changed for us? Can we breathe easier? Are we more free? The game of money might be worth playing, or not, but it is not the game of freedom.

Freedom is found through other mediums of exchange, usually involving stillness, attention, compassion — and harmony with the living world all around us.

Real freedom carries the flavor of timelessness. The world continues in its rhythms, of course, and the serial unfolding of events does not stop, but the rush of time ceases to drive them. It becomes as if one is simply watching the flow of a gentle creek; movement occurs, but it is a serene unfolding within a larger scene of rest.

When we discover this timeless place, when we find ourselves at peace in the midst of the serene beauty surrounding us, when there is no sense of “I and mine” driving the moment, where then are “right” and “wrong”? Ideas of this and not that cannot approach the open field of what is.

Let’s try to leave those doors we’ve made ajar today. Have a beautiful day!

Shiwu, whose name translates as “Stonehouse,” was a Chan (Zen) monk, hermit, and poet in China during the Yuan Dynasty.

Unlike several other Buddhist poets of the era, Shiwu was a formal monk, well-educated in Buddhist dharma, meditation, and monastic tradition. He studied first in Yushan’s Hsingfu Temple, where he received the dharma name Ch’ing-hung.

He later went to the Tienmu Mountains to study Chan with Kao-Feng. During his time with Kao-feng, he was given the koan “All things return to one” to contemplate.

Shiwu then went to Chienyang to study with the master Chi-an. Chi-an dismissed the koan he was studying, and gave him a new one: “Where Buddhas reside, don’t stop. Where Buddhas don’t reside, rush past.” Frustrated by his new koan for some time, he had a flash of insight one day, and answered his teacher with, “When the rain stops at the end of spring, the oriole appears on a branch.”

Shiwu helped his teacher Chi-an in his role as abbot of Taochang temple. Shiwu himself later acted as a meditation teacher for some time at Lingyin Timple.

Eventually, Shiwu took up the life of a hermit, removing himself to the Zhongnan Mountains. There he composed his 184 Shan-shih or “Mountain Poems.” His Mountain Poems are quiet observations of details of his humble mountain life. They are specific, even mundane, yet they hint at the meditator’s still and open awareness. His poems and observations of the life of quiet retirement have long been read by monks, hermits, and meditators.