Published by Ivan M. Granger at 8:58 am under Poetry

Yes! No!
by Mary Oliver

How necessary it is to have opinions! I think the spotted trout
lilies are satisfied, standing a few inches above the earth. I
think serenity is not something you just find in the world,
like a plum tree, holding up its white petals.

The violets, along the river, are opening their blue faces, like
small dark lanterns.

The green mosses, being so many, are as good as brawny.

How important it is to walk along, not in haste but slowly,
looking at everything and calling out

swan, for all his pomp, his robes of grass and petals, wants
only to be allowed to live on the nameless pond. The catbrier
is without fault. The water thrushes, down among the sloppy
rocks, are going crazy with happiness. Imagination is better
than a sharp instrument. To pay attention, this is our endless
and proper work.

— from White Pine: Poems and Prose Poems, by Mary Oliver 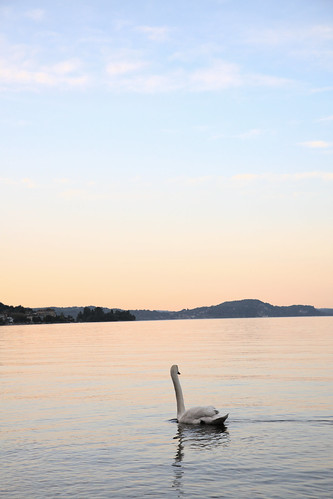 There is so much I like about this poem.

I’m not so certain myself how necessary it is to have opinions. Perhaps Mary Oliver’s opinions and her Yesses and Noes are really about being present with intentionality, making a choice to be there. I think she is saying something about entering the world with awareness.

How important it is to walk along, not in haste but slowly,
looking at everything and calling out

And that’s what I really like about the poem, the sense that the supreme act of a conscious being is to be aware, and to be here, alive and quiet in the undefined moment.

swan, for all his pomp, his robes of grass and petals, wants
only to be allowed to live on the nameless pond.

The “nameless pond.” To that, I definitely say, Yes! That single phrase nails me to the spot each time I read it. The thinking mind reflexively wants to name everything it sees, and in naming it, claiming it, defining it. Labeling a thing or place, we then think we have seen it, and so ignore it in order to move on to the next thing to be named. Naming is a way of protecting ourselves from direct encounter.

What is it like to encounter a pond with no name? Not even called “pond”? A landscape without labels is wide open, mysterious, and magical. The swan glides through that world every day and needs no names to make it real. In some sense, naming the pond diminishes it, even for the swan, since it has then been claimed as human territory. This is why we need those wild places, unnamed spaces, where the swan can float and the thrush can dance in the unfenced mystery. Where we, wild seekers, can wander in wordless witness.

To live within the undefined moment, within an unnamed landscape, requires a powerful will, choosing to resist the socially trained reflex to label and categorize everything and, thus, not really encounter any of it. To simply be requires one to be a rebel. Rather than going along unconsciously with what we have been taught, we must say either Yes! or No! so we can then actually experience this mysterious life revealing itself to us in every moment.

To pay attention, this is our endless
and proper work.