Published by Ivan M. Granger at 8:36 am under Books,Poetry,Poetry Chaikhana Misc.

frosty morning
a robin bares his breast
to the whole world 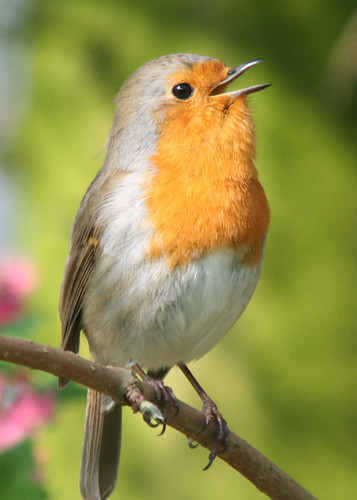 A frosty morning here in Colorado.

It still has that special sense of life to me, like a newborn: the Poetry Chaikhana’s latest publication, Haiku Enlightenment, by Gabriel Rosenstock. I couldn’t help but feature another selection from its pages, this by the author himself.

Remember poetry when you are planning gifts and maybe a year-end treat for yourself. Purchasing a copy of Haiku Enlightenment is a wonderful way to welcome the magic of haiku into your home, as well as Gabriel’s inspired observations on haiku as a pathway of awareness, compassion, and reconnection. And, of course, your purchase helps support the Poetry Chaikhana.

If you are on Facebook, I have just set up new Haiku Enlightenment Facebook page inspired by the new book. Personally, I’m always happy to see a haiku or short poem slip into my FB newsfeed when I check it — a secret invitation to pause, take a breath, and notice the world again. I invite you to visit and hang out with the haiku.

Okay, time to step out into that chilly morning and fill my lungs with the crisp air. The world awaits.

Gabriel Rosenstock is the author/translator of over 160 books, including 13 volumes of poetry and a volume of haiku in Irish and in English, as well as numerous books for children. Prose work includes fiction, essays in The Irish Times, radio plays, travel writing and a novel, My Head is Missing (2012).

A member of Aosdána (the Irish Academy of Arts and Letters), he has given readings in Europe, South, Central and North America, India, Australia, Japan and has been published in various leading international journals including Akzente, Neue Rundschau, and die horen (Germany), Poetry (Chicago), World Haiku Review, Irish Pages, Poetry Ireland Review and Sirena. He has given readings at major festivals, including Berlin, Bremen, Struga (Macedonia), Vilenica (Slovenia), Medellín, Ars Poetica (Slovakia) and twice at the nomadic Kritya festival in India. Rosenstock taught haiku at the Schule für Dichtung (Poetry Academy) in Vienna. Among his awards is the Tamgha I Kidmat medal for services to literature.

Rosenstock is the Irish-language advisor for the poetry journal THE SHOp and a Foundation Associate of The Haiku Foundation. His vast output includes plays, work for TV, novels and short stories, children’s literature in prose and verse, including Irish versions of such classics as The Gruffalo. Recent succesful picture books include Sa Tóir ar an Yeití (Cló Mhaigh Eo) and his retellings of ancient and medieval Indian tales, Birbal (Cló Iar-Chonnacht). He is the Irish-language translator with the new children’s imprint Walker Éireann.

Among the anthologies in which he is represented is Best European Fiction 2012 (Dalkey Archive Press, USA).

His Selected Poems / Rogha Dánta (Cló Iar-Chonnachta) appeared in 2005 and the the bilingual volume Bliain an Bhandé/ Year of the Goddess came out in 2007 (Dedalus). He is the Irish translator of numerous films and TV shows including Watership Down and The Muppet Show. He is also well known as a translator of song lyrics into Irish by Bob Dylan, Leonard Cohen and others and as a translator of plays by Beckett, Frisch, Yeats and others.

His book, Haiku Enlightenment is published by Poetry Chaikhana. Uttering Her Name (Salmon Poetry) is his début volume of poems in English. Dialann Anama (2007) is an interactive diary drawing on the world’s wisdom traditions, mostly Advaita. The Pleasantries of Krishnamurphy: Revelations from an Irish Ashram, is published by Non-Duality Press, www.non-dualitypress.org.