Published by Ivan M. Granger at 9:40 pm under Poetry

Not soon, as late as the approach of my ninetieth year,
I felt a door opening in me and I entered
the clarity of early morning.

One after another my former lives were departing,
like ships, together with their sorrow.

And the countries, cities, gardens, the bays of seas
assigned to my brush came closer,
ready now to be described better than they were before.

I was not separated from people,
grief and pity joined us.
We forget — I kept saying — that we are all children of the King.

For where we come from there is no division
into Yes and No, into is, was, and will be.

We were miserable, we used no more than a hundredth part
of the gift we received for our long journey.

Moments from yesterday and from centuries ago –
a sword blow, the painting of eyelashes before a mirror
of polished metal, a lethal musket shot, a caravel
staving its hull against a reef — they dwell in us,
waiting for a fulfillment.

I knew, always, that I would be a worker in the vineyard,
as are all men and women living at the same time,
whether they are aware of it or not. 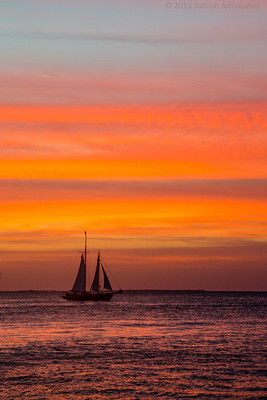 This is one of my favorite poems by Czeslaw Milosz. I hope you feel it too…

I felt a door opening in me and I entered
the clarity of early morning.

Notice how the breaking of the line influences the meaning. It is not written “I felt… / I entered…” separating it into two logical statements. Instead, the first line is “I felt… and I entered.” There the line stops, forcing us to stop as well and consider it as a statement complete in itself. And once we enter, we are almost overwhelmed by the next line; it is as if, at that point, all of existence has become “the clarity of early morning.”

That sense is further emphasized by the next lines, “One after another my former lives were departing, / like ships, together with their sorrow.” Milosz is describing how the weight of one’s personal history, the burden of past identity and the actions that seemed to give it reality, all of that is washed away in the flood of that light. Not even washed away; “departing,” gently drifting away. Reading that line, I have the sense of those laden ships, not sailing away, but fading out, like gloomy phantoms ever looking backward suddenly caught in the brilliance of dawn.

For where we come from there is no division
into Yes and No, into is, was, and will be.

The lines of this poem have an intuitive recognition of the unity at rest beneath the jangle and hurts of life. It is a recognition that allows for forgiveness… and self-forgiveness.

We were miserable, we used no more than a hundredth part
of the gift we received for our long journey.

So much suffering in the world, so much grief and anxiety we ourselves carry, and all of that purely for want of the unfathomed gifts and inner beauty we carry hidden within us. We hold ourselves back and so starve the world, and starve ourselves too. Why not instead give from our abundance? Why not act with boldness and beauty? That’s what we’re here for, aren’t we?

I knew, always, that I would be a worker in the vineyard,
as are all men and women living at the same time,
whether they are aware of it or not.

Yet these observations of missed opportunity are made without harsh critique. The poet seems forgiving as he reviews life in his late ripeness. Yes, he has felt pain, and caused pain too, and, yes, much of it could have been averted, but there seems to be a tone of… contentment, as if it has all been a story told by striving but imperfect actors.

Whatever sorrow held by one’s personal history, it just seems to be vanishing over the horizon

Have a beautiful day today! Find some new ways to give the world more of the gifts you hold.

Czeslaw Milosz was a Polish-American Nobel Prize winning writer. He was a rare voice of conscience, human insight, and gentle mysticism, in the midst of the Cold War era that defined the latter half of the 20th century.

Milosz was born in a small town in Lithuania during the final years of czarist Russia. At the end of World War I, while he was still a boy, his family moved to Vilnius. There, he received a rigorous Roman Catholic education, but one that didn’t allow for much intellectual freedom or exploration.

After graduating from the University of Vilnius in 1934 with a degree in law, Czeslaw Milosz traveled to Paris, where he connected with his uncle, a diplomat who put Milosz in touch with the Parisian literary community.

Czeslaw Milosz settled in Warsaw just before the German invasion at the beginning of World War II. He became a leading figure in the Warsaw literary scene, and championed art that was both personal and political, rather than merely an expression of aesthetic craft. As the war and occupation continued, Milosz became a writer for the Polish resistance movement.

At the end of the war, when Poland fell under Communist control, Milosz briefly became a diplomat in the service of the new government. However, in the early 1950s, he sought asylum in France, along with his wife and children.

In 1960, Milosz moved to the United States, becoming a professor at the University of California at Berkeley.

Very late in life, Czeslaw Milosz returned to Poland as a cultural hero, and settled in Krakow. It is there that he died in 2004.