Published by Ivan M. Granger at 8:12 am under Poetry,Poetry Chaikhana Misc.

If someone asks,
“What does perfect beauty look like?”
Show him your own face and say,
Like this.

If someone asks,
“What does an angel’s wing look like?” — smile.
If he asks about divine fragrance
Pull him close, his face in your hair,
Like this.

If someone asks,
“How did Jesus bring the dead back to life?” —
Don’t say a word —
just kiss him softly on the cheek,
Like this.

If someone asks,
“How does it feel to be slain by love?”
Close your eyes and tear open your shirt,
Like this.

If someone asks about my stature,
Stare into space with your eyes wide open,
Like this.

The soul enters one body, then another.
If someone argues about this
Enter my house and wave him good-bye,
Like this.

I am the storehouse of all pleasure,
I am the pain of self-denial.
To see me, lower your eyes to the ground
Then raise them up to heaven,
Like this.

Only the gentle breeze
Knows the secret of union.
Listen as it whispers a song to every heart,
Like this.

If someone asks,
How does a servant attain the glory of God?
Become the shining candle
That every eye can see,
Like this.

I asked about Joseph’s perfume
Which rode the wind from city to city —
It was your scent
Blowing in from God’s perfect world,
Like this.

I asked how Joseph’s perfume
Gave sight to the blind —
It was your breeze
Clearing the darkness from my eyes,
Like this.

Perhaps Shams will be generous
And fill our hearts with love.
Perhaps he will raise one eyebrow
And cast us a glance,
Like this.

— from Rumi: In the Arms of the Beloved, by Jonathan Star 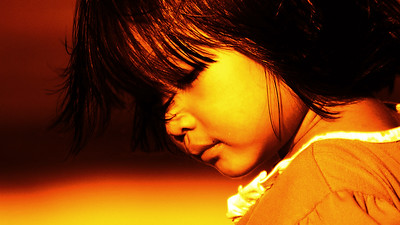 I was considering holding off on sending out a poem this week. I’ve been busy with my day job and rather tired, but mostly there are such important concerns demanding our attention — people are anxious about the coronavirus pandemic and, in the US, the elections. I don’t want to ignore these issues and share poems that can feel disconnected from people’s real worries.

Of course, poetry, especially sacred poetry, is not disconnected or merely ornamental. Poetry speaks to the heart of the matter much better than any headline. Poetry reminds us of our humanity… and our divinity. It is an exploration of feeling and perception and reality. It leads us into an open field with unanticipated possibilities. It is our companion in grief and fear, and it gives us words for our exultation and raptures. Poetry allows us to be more fully ourselves. It invites us to fill out our lives with a richer sense of who we are.

So more poetry not less.

Have a beautiful weekend. Be appropriately aware and cautious, but don’t give in to paranoia. The real sickness being spread by this disease is a breakdown of human connection within society. Find a healthy balance that keeps a warm, supportive sense of community alive.

Rumi was a war refugee and an asylum seeker. He was born in Balkh, in what is today Afghanistan. While he was still a child his family moved all the way to Konya in Asia Minor (Turkey). They moved to flee from Mongol invaders who were beginning to sweep into Central Asia. Konya, far to the west of the invaded territories, became one of the major destinations for expatriates to settle, turning the city into a cosmopolitan center of culture, education, and spirituality. (These lands were part of the Persian Empire, so, while he lived most of his life in what is today called Turkey, culturally he was Persian.)