Shabkar – One must remain in the vastness

Published by Ivan M. Granger at 7:51 am under Poetry

One must remain in the vastness
by Shabkar (Shabkar Tsogdruk Rangdrol)

One must remain in the vastness,
alert and lucid,
Letting one’s gaze encompass
the infinity of the sky,
As though seated on the summit
of a mountain open
to all the horizons. 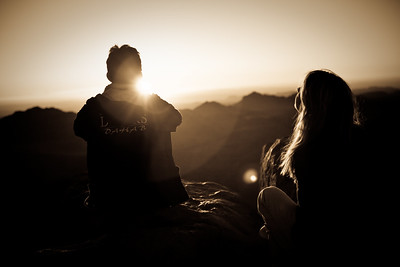 I am acutely aware of the anxiety being felt by everyone — concerns about Covid-19, uncertainty about jobs and the economy in general, the increasingly messy political situation, all surrounded by the pressures of isolation. The first thing to remember is that, even though we are not yet able to interact with people in the ways we are used to, we are not alone. Whatever worries you may be feeling are being shared by many. Even in uncertainty and isolation, there is connection and community and, therefore, strength.

As I like to say, everything is an opportunity for awareness. Even in moments of fear, we should always be asking ourselves, what can I learn from this? How can I use this moment as a way to step free from limited ways of thinking and open my heart?

One observation that comes to mind is that when society is moving along in expected ways we are much more likely to align with the group mind. The group mind asserts that reality is a certain way and the routine functioning of day-to-day life seems to confirm it, so we enter into that shared psychic current — for good and for bad. We can list many of the ways that is a good thing, but it also lulls us into a rather narrow band of perception and self-awareness. When those outer certainties, which were never certainties in the first place, change, when the rhythms of the human world shift and become less predictable, the fear we feel is more fundamental than the question of a paycheck or health concerns; it is a fear that reality itself is falling apart. It is worth reminding ourselves that reality itself is never vulnerable and the only thing that changes is our agreed upon description of it. We are being coaxed to see reality in a new way, to see different aspects of reality, to see a wider view of reality.

One must remain in the vastness,
alert and lucid

In chaotic or uncertain moments, it is as if we are stepping out of a dense forest onto the open plain. The change in what we see and how we understand it can be overwhelming at first. The spaces we inhabit are so different. It can feel like entering an undefined emptiness. But, of course, it is not empty; the plain too is filled with life. This is the challenge, to quickly adapt our awareness to the new terrain, to recognize its regular features, to find what is familiar and identify what is new, to be at home in a more open space. Even the forest inhabits that open space, we just weren’t as aware of it.

Letting one’s gaze encompass
the infinity of the sky

In other words, the less rigidly we hold to some idea of how things used to be or “should” be and, instead, allow our minds to acclimate to what is happening right now, the more naturally and confidently we can step forward.

As conscious beings we always want to perceive as clearly as we can. We want to perceive as much of reality as we can. And we must remind ourselves that what we call reality is just a mental model of what actually is. When that mental model is shaken, we can try to prop it up exactly as it was before, but more rickety and at a tenuous angle, or we adjust it, improve it, strengthen it to reflect new understanding.

Moments of uncertainty are a genuine opportunity to update that mental approximation of reality. We have the opportunity to notice who has been suffering and neglected all along. We have a chance to review our assumptions and assess which ones don’t stand up to scrutiny or stress. We are invited to embrace possibilities that had previously been rejected. We can use this time for redefinition and improved perception.

Moments of uncertainty are a genuine opportunity to update our descriptions of reality, both personally and collectively, in order to more fully reflect the immensely mysterious space of being we inhabit together.

The big challenge is to not shut our eyes as our vision expands.

As though seated on the summit
of a mountain open
to all the horizons.

Shabkar Tsogdruk Rangdrol, often referred to simply as Shabkar (sometimes transliterated as Shapkar), was born in the Amdo province of northeastern Tibet.

He entered monastic studies at the age of eight. As a youth, he resisted pressure from his family to marry and devoted himself fully to spiritual practice, taking full ordination at age 21. While still a young man, he became respected for his scholarship. When Shabkar was 25, he took up the life of a wandering pilgrim and hermit, traveling for the next thirty years to sacred sites and pilgrimage destinations. His life as a wandering ascetic and his songs of spiritual insight became widely known, earning him comparisons with the great wandering Buddhist yogi-poet Milarepa.

Shabkar was a renowned teacher and lineage holder of the Dzogchen tradition.

He was also a nature mystic, conversing with sky and mountain and tree, seeing in them embodiments of teachers and fundamental truths. Like St. Francis of Assisi, he is particularly famous for his love of animals. One of his most widely read works is a treatise on vegetarianism.

7 Responses to “Shabkar – One must remain in the vastness”